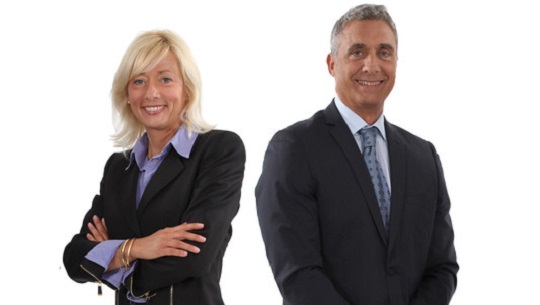 Since inception of the WOSB Program, the SBA has been sensitive to the involvement of husbands in WOSBs and EDWOSBs.  To combat the risk of a husband (or another man) running a WOSB or EDWOSB, the regulations require that the management and daily business operation of the concern be controlled by one or more women.

However, the SBA also recognizes that as part of her management and control over the company, a woman may choose to hire her husband. But how involved can he be? A recent decision from the SBA Office of Hearings and Appeals (“OHA”) clarifies the role a husband may have in his wife’s WOSB/EDWOSB.

In Matter of PotomacWave Consulting, Inc., SBA No. EDWOSB-104 (2014), an unsuccessful offeror on an EDWOSB set-aside protested the status of the awardee.  The protestor argued that the woman owner lacked the managerial experience necessary to run the financial and management consulting company because she had a Bachelor of Arts in Film and a Master of Science in Adult and Continuing Education, while her husband held a Master of Business Administration in Finance. Further, the protestor pointed out that the husband is one of two directors on the company’s board and is listed as the company’s point of contact on various websites. The SBA area office sided with the awardee and the protestor appealed.

On appeal, the protestor failed to persuade OHA of the wife’s lack of control. OHA found that the wife has the managerial experience necessary to manage the company and has ultimate managerial and supervisory control over her husband. First, OHA noted that the wife’s “over 20 years of management experience” in which she had developed superior financial management, staff management, project management, contract management, and business strategy skills—all of which were supported by her resume. Next, OHA acknowledged the wife’s background in film, but found that she had “excelled in the business function of the file industry,” which provided her with skills relevant to her work at the company.

OHA also found unpersuasive the fact that the husband was a company point of contact because the wife was listed as the primary point of contact on the System for Award Management and in the Federal Procurement Data System and, in any event, the wife is not required to list herself as a contact for all company functions. “As long as she retains ultimate managerial and supervisory control over [the company’s] operations, it is her prerogative how she delegates responsibilities.”

On this point, OHA also outright rejected the protestor’s argument that the wife needed technical expertise, reasoning the regulations do not require this but, instead, require that she have “ultimate managerial and supervisory control.” Based on the bylaws of the company, it was clear to OHA that the wife, as president, has general supervision, direction and control of the business and the officers of the corporation. And even though this control was subject to approval of the board of directors, which consists of the wife and husband, as the sole shareholder, the wife has the power to remove any director at any time. As a result, OHA determined that the wife has ultimate control over the company and “any control her husband may have is illusory.”

This decision aligns with the guidance we have provided to our WOSB and EDWOSB clients who hire their husbands. Ideally, a woman (or women) should be the sole owner. Men (including husbands) may serve as officers and directors of the company, but the woman in control must be able to remove them from these positions at any time. A woman does not need the technical expertise or license to run the business, but she must have ultimate control over anyone who does. Also, the woman’s resume/background should reflect the type of managerial experience necessary to run the business.

For more information on the WOSB Program’s eligibility requirements, you can view a YouTube recording of our WOSB and EDWOSB webinar or download the slides for your review.