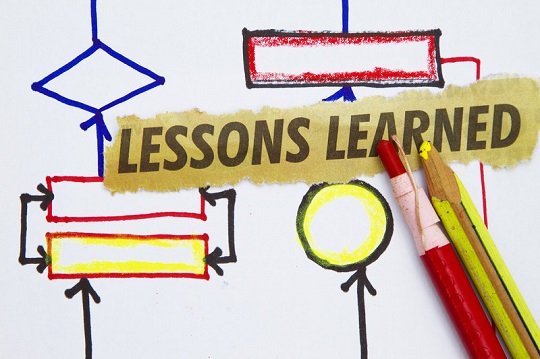 Many may have fond childhood memories of their parents reading cautionary tales or poems to them before going to bed, such as Hilaire Belloc’s “Rebecca: Who Slammed Doors For Fun and Perished Miserably” or Shel Silverstein’s “Sarah Cynthia Sylvia Stout Would Not Take the Garbage Out.” Like these poems, the stories are usually very funny. Yet, however ludicrous they may be, the writings often teach valuable life lessons without (usually) giving children bad dreams in the process.

When one exits the magic of childhood and enters into the more harsh realties of adulthood, the lessons from real-life cautionary tales can be just as valuable, even if they aren’t funny and are the stuff of nightmares. With this in mind, we turn to a recent decision by the U.S. Court of Appeals for the Federal Circuit (“Federal Circuit”), which may as well be the final chapter of the tale of a contractor who could not resist temptation and who paid for it at the end.

The decision in Veridyne Corporation v. United States, No. 2013-5011, -5012 (Fed. Cir. July 15, 2014), which held that an 8(a) contractor who pursued, received, and performed an 8(a) sole source contract to which it knew or should have known that it was not entitled to, was not only liable to the Government under the False Claims Act, but also could not be paid for the benefits that the Government received from the performance of the contract.

From the way the court tells the tale, the contractor performed services for the Maritime Administration (“MARAD”) under an 8(a) ID/IQ contract which was issued in 1995. In 1997 or 1998, the contractor approached MARAD about extending the contract before it graduated from the 8(a) program in June 1998. At the time, if the new contract award exceeded $3 million, it would have to be competed among 8(a) contractors and could not be awarded as a sole source contract.

MARAD was happy to extend Veridyne’s contract on a sole source basis since MARAD was satisfied with the contractor’s performance. Veridyne submitted a $2,999,949.00 proposal, just under the 8(a) sole source threshold. MARAD modified the contract for that amount.

However, as determined by the Court of Federal Claims (“COFC”) in the underlying trial decision, the proposed cost was inaccurate and the contractor knew that it was inaccurate. In fact, the services provided cost ten times the amount of the sole source threshold. Also, curiously, it appears that MARAD may have known that the proposed cost was radically low, yet they executed the modification anyway.

Unwilling to leave well enough alone, the contractor filed a lawsuit with the COFC to recover $2,267,163.96 in unpaid invoices. The Government entered a defense under the Special Plea in Fraud Statute that the contractor forfeited its contract claims and counterclaimed for a civil penalty under the False Claims Act for each alleged false invoice and for a penalty under the antifraud provision of the Contract Disputes Act.

After trial, the COFC held that, because the invoices contained false information, the direct contract claims were forfeited under the Special Plea in Fraud statute. However, the COFC said that the contractor was still owed $1,068,636.22 in quantum meruit (the benefit that the Government received) for the work performed before the stop order was issued. On the counterclaim, the Court ruled that the contractor’s proposal for the modification was a false claim and that each invoice submitted was a false claim.  The Court imposed the maximum penalty of $11,000 per invoice for a total of $1,397,000.00.

Ultimately, on appeal, the Federal Circuit upheld the COFC’s judgment on the False Claims Act counterclaim rejecting the contractor’s argument that the costs were never intended to reflect MARAD’s actual needs as it was an ID/IQ contract. The Federal Circuit rejected this argument because (a) the $3,000,000 threshold was of importance, (b) the original contract and the modification had the same scope, and (c) the contractor actually certified that the costs were accurate.

The Federal Circuit reversed the COFC’s decision to reimburse the contractor for work performed prior to issuance of the stop order, finding that the purpose of the Special Plea in Fraud statute was to disallow any claim against the Government tainted with fraud whatsoever, “no matter whether there be equity in it or not.”  The Federal Circuit also cited very old Court of Claims precedent for the proposition that a contractor whose contract claim has been forfeited for fraud cannot recover under a quantum meruit theory. Thus, the Federal Circuit reversed the award of $1,068,636.22 to the contractor.

The moral of the story is that, when it comes to the award of a contract which was tainted by false statements at the outset, the Government can have it both ways:  it can reap the benefits of the contract without paying the contractor whose proposal was tainted by false statements. Moreover, in entering into 8(a) sole source contracting actions, contractors must take care that costs represented in a proposal represent the actual value of the services described. While the mere fact that the cost of the completed contract ultimately exceeded the sole source threshold should not give rise to a finding that a false statement was made in its proposal, a cost overrun of many magnitudes over that proposed would undoubtedly invite further scrutiny.