Another Option for Speedy Relief from an Adverse Agency Action 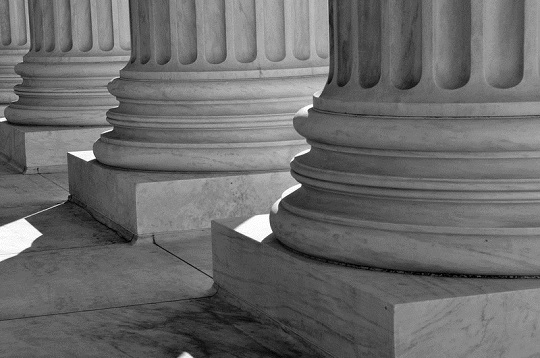 A recent and novel decision by the U.S. Government Accountability Office (“GAO”) could have broader implications for small business contractors that hold federal supply schedule and multiple award contracts.

In the case, Latvian Connection, LLC, a small business contractor was able to successfully challenge its exclusion from FedBid, a reverse auction platform run by a private company where sellers compete against each other for federal procurement contracts. FedBid had sought to suspend Latvian Connection’s account under a clause in FedBid’s terms of use that stated that it could refuse services to any person or any entity at any time, in its sole discretion. In justifying this suspension, FedBid’s suspension notice stated, in part that “Latvian Connection has taken actions to repeatedly and purposely interfere with FedBid’s business relationships.”

The GAO sustained Latvian Connection’s protest and surprisingly found that FedBid’s exclusion decision was, in fact, a negative responsibility determination. The GAO’s holding is consistent with the Small Business Act, which states that agencies may not find a small business non-responsible without referring the matter to the U.S. Small Business Administration (“SBA”). It is the SBA that has the ultimate authority to determine the responsibility of small business under its certificate of competency procedures.

Beyond that, however, the GAO’s decision could have broader implications for small business contractors seeking a means to challenge adverse agency contract actions. For instance, it is not an uncommon practice for federal agencies to take adverse actions against contractors on multiple award contracts and federal supply schedules with such actions falling short of termination, but nonetheless still negatively affecting the contractors’ ability to compete for task orders. From the agency’s perspective, because such contracts and schedules can involve thousands of contractors and stretch for lengthy time periods of up to 15 years, such actions are often viewed as necessary administrative management actions.

Such actions can have serious implications for small business contractors, however, for whom a large schedule or multiple award contract is a critical revenue source. Despite the serious potential harms stemming from such actions, reviewing courts and agencies generally do not permit contractors to obtain quick review of, and relief from, contracting agencies’ administrative actions.

The GAO’s ruling in Latvian Connection raises the possibility of another option, however. Small businesses faced with the imminent loss of task order awards due to an adverse administrative action may be able to quickly challenge the agency’s action at the GAO, arguing that the agency’s action amounts to a non-responsibility determination and therefore should have been reviewed by the SBA. This could offer a potential means to obtain another option for speedy relief from an agency action that threatens devastating consequence on a small business contractor.