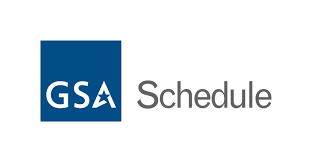 Contractors seeking to challenge the award of task orders, which the procuring agency referred to as “options” or “extensions,” received a big win from the Federal Circuit in Coast Professional, Inc. et al. v. United States, No. 2015-5077 (Fed. Cir. July 12, 2016). The Federal Circuit concluded that the Court of Federal Claims (“COFC”) erred in its decision that the “award-term task orders” at issue were not new task orders for purposes of bid protest jurisdiction, and vacated and remanded the COFC’s decision.

In Coast Professional, the COFC concluded that the proposed new task orders that plaintiffs sought to challenge under the COFC’s Tucker Act bid protest jurisdiction should not be considered an award of a contract. Two of the plaintiffs appealed the COFC’s decision to the Federal Circuit and, on July 12, 2016, the Court of Appeals issued its opinion overturning COFC and remanding the matter.

The Federal Circuit stated that the government was asking the court to deviate from the established rule that new task orders are new contracts, and was asking it to view task orders resulting from an award-term extension as options. The Federal Circuit did not agree that an award-term extension in the form of a Task Order should be treated as an option. Citing the Supreme Court’s very recent decision in Kingdomware Techs., Inc. v. United States, No. 14-916 (U.S. June 16, 2016), the Federal Circuit observed that “a new Task Order against a GSA Federal Supply Schedule contract constitutes an award of a contract” and “it is thus a protestable event under § 1491(b) [of the Tucker Act].”

The Federal Circuit also reasoned that provisions of the predecessor contract counseled against finding that the “extensions” were mere options, and not task orders, because the contract contained two separate options clauses already. The Federal Circuit determined that it would not deviate from the definitions and conditions in the FAR, could not conclude that new task orders issued pursuant to an award-term extension should be treated as options instead of new contracts, and that it would not twist new GSA Schedule task orders into “mere formalities.”

About the Author: Megan Connor, an associate with PilieroMazza, focuses her practice in the areas of government contracts, small business administration programs, business and corporate law, and litigation. She may be reached at mconnor@pilieromazza.com.