Constitutionality of 8(a) Program Reaffirmed 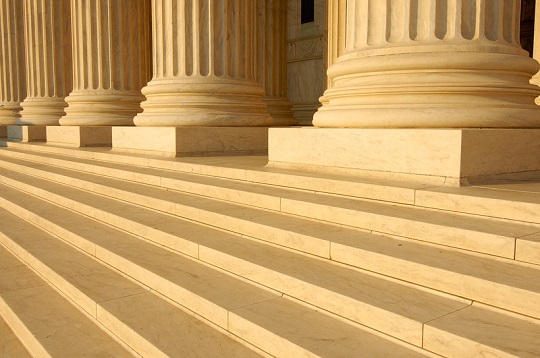 Earlier this year, a judge of the U.S. District Court for the District of Columbia reaffirmed the facial constitutionality of the 8(a) Program in response to a challenge by a small business owner, and he also rejected an argument that the program is unconstitutional because it violated the “non-delegation” doctrine. The case is Rothe Development, Inc. v. Department of Defense, No. 12-CV-0744, 2015 WL 3536271 (D.D.C. June 5, 2015).

This is the second recent constitutional challenge to the 8(a) Program in the district court. In 2012, Judge Emmett Sullivan rejected a virtually identical argument that the 8(a) Program was a racial classification that violated equal protection rights under the Due Process Clause of the Fifth Amendment of the United States Constitution. DynaLantic Corp. v. U.S. Department of Defense, 885 F. Supp. 2d 237 (D.D.C. 2012). However, in the DynaLantic case, the court also ruled that the 8(a) Program, as applied to DynaLantic’s industry of design manufacture, installation, and support of military and commercial training systems, was constitutional as there was no evidence of racial discrimination within that particular industry. This case ultimately was settled on appeal.

Reportedly, the terms of the settlement were that the government would not make any awards of prime contracts in DynaLantic’s industry under the 8(a) Program for two years. After the two-year period, in order to set aside contracts in DynaLantic’s industry under the 8(a) Program, the government is required to notify and convince the court that it has a strong basis in evidence for reinstating the program. However, in Rothe, the latest case, there is no constitutional challenge to the 8(a) Program as applied to the plaintiff, Rothe Development, Inc. (“Rothe”).

Rothe is a computer services contractor for the Department of Defense. As noted above, its facial constitutional challenge to the 8(a) Program nearly is identical to that in DynaLantic. For its part, the court, following DynaLantic, held that in order to justify invalidating all applications of the 8(a) Program, the plaintiff must satisfy heightened standards in order to prevail. The heightened standards are that either (a) there is no set of circumstances under which the 8(a) Program would be constitutionally valid, or (b) that, as explained in General Electric. Company v. Jackson, 610 F.3d 110, 117 (D.C.Cir.2010), the statute lacks any “plainly legitimate sweep” as there are not “many circumstances” in which “the statute’s application would be constitutional[.]” Tacitly, the challengers to the 8(a) Program did not meet these standards.

The court also held that following DynaLantic, to the extent that the 8(a) Program relies on race-conscious criteria it must employ “strict scrutiny” to determine whether its application is constitutional in a particular circumstance. By “strict scrutiny,” the Court meant, quoting DynaLantic, that “[r]acial classifications” as the 8(a) Program is, “are constitutional only if they are narrowly tailored measures that further compelling governmental interests.” DynaLantic, 885 F.Supp.2d at 250 (internal citation omitted).

As explained above, the government had articulated an established compelling interest for the program—remedying “race-based discrimination and its effects.” The government also had shown a strong basis in evidence that furthering this interest requires race-based remedial action. Such evidence consisted of, in the words of DynaLantic, “extensive evidence of discriminatory barriers to minority business formation…and forceful evidence of discriminatory barriers to minority business development.” In addition, the government provided significant evidence that minority businesses are awarded contracts in the private and public sector far less often than their similarly situated non-minority counterparts. And, Rothe presented expert testimony that minority-owned small businesses have faced, and continue to face, significant disadvantages in government contracting that cannot be explained by non-discriminatory factors.

Finally, the court held that the government established that the 8(a) Program is narrowly tailored to achieve the established compelling interest. Courts, including DynaLantic determine whether race-based remedial measures, such as the 8(a) Program, are narrowly tailored to achieve the established compelling interest through analyzing six factors:  “(1) the efficacy of alternative, race-neutral remedies, (2) flexibility, (3) over- or underinclusiveness of the program, (4) duration, (5) the relationship between numerical goals and the relevant labor market, and (6) the impact of the remedy on third parties.” The court expressly followed DynaLantic’s reasoning in finding that all six factors of narrow tailoring were satisfied.

In addition, the court rejected Rothe’s argument that the 8(a) Program violated the non-delegation authority in which Congress may not make unbridled delegations of authority to federal agencies. The court found that Congress provided clear, intelligible instructions regarding who can be deemed “socially disadvantaged” for the purpose of the 8(a) statute. The non-delegation doctrine prohibits Congress from making “unbridled” delegations of authority to other branches of the federal government. This means that, as explained by the Supreme Court, Congress can only confer decision making authority upon agencies if it also provides “an intelligible principle to which the person or body authorized to [act] is directed to conform.” Whitman v. American Trucking Associations, 531 U.S. 457, 472 (2001).

The court rejected Rothe’s argument that the 8(a) Program gave the SBA unlimited discretion to decide whether racial or ethnic prejudice, or cultural bias, had occurred with respect to a given group citing to the Small Business Act’s definition of “socially disadvantaged individuals” and examples set forth in the statute. The court also noted that the statute governing the 8(a) Programs contains a statement of purpose which is to “promote the business development of small business concerns owned and controlled by socially and economically disadvantaged individuals so that such concerns can compete on an equal basis in the American economy.

The court also noted that the circumstances in which the non-delegation doctrine applies to invalidate a statute are limited, such as where a statute provides no guidance for the exercise of agency discretion, or conferring authority to regulate on a vague standard, thus tacitly finding that there was not an absence of standards in the Small Business Act to constrain administrative discretion.

By reaffirming the holding of DynaLantic that the 8(a) Program is facially constitutional under the Fifth Amendment, and to a large degree incorporating its very reasoning, this case strengthens further the legal underpinning of set asides for business concerns owned and controlled by socially and economically disadvantaged individuals

However, Rothe currently is on appeal before the U.S. Court of Appeals for the District of Columbia Circuit, and it is impossible to know whether it will affirm this decision. Given its self-evident importance to the small business contracting community, we will be monitoring and reporting on developments in Rothe as they arise.