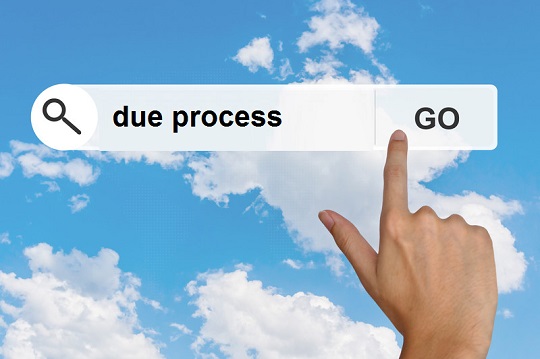 The U.S. Department of Veteran Affair’s (“VA”) Center for Veterans Enterprise (“CVE”) has a tough and sometimes thankless job. Its role is to serve as a “gatekeeper” for VA contracting programs for service-disabled, veteran-owned small businesses (“SDVOSB”), so that purported SDVOSBs which are, in fact, no such thing or are otherwise ineligible, do not receive benefits under these programs.

Even so, it is no secret that legitimate and eligible SDVOSBs have sometimes had unexpected and significant difficulties with CVE in either obtaining or maintaining their status as eligible SDVOSBs. In some cases, CVE has decertified SDVOSBs without any warning. Further, CVE also has a history of refusing to certify (or decertifying) SDVOSBs for arrangements among owners that constitute standard business practices.

Fortunately, a recent decision of the U.S. Court of Federal Claims circumscribes the ability of CVE, as well as the VA’s Center for Small Disadvantaged Business Utilization (“OSDBU”) to peremptorily decertify an SDVOSB. Rather, CVE is now required to give the SDVOSB due process rights to respond to an eligibility finding. The Court also directed that the VA restore the SDVOSB as an approved and certified SDVOSB and reinstate it in the VetBiz Vendor Information Pages (“VIP”) database.

In addition, the Court also clarified that certain “involuntary withdrawal” provisions in operating agreements that are commercially standard provisions do not place an impermissible condition upon the service-disabled veteran owner’s (“SDVO”) interest in his firm.

In this case, AmBuild Company, LLC v. United States, 14-786C, an SDVOSB named AmBuild Company, LLC (“AmBuild”) was the lowest bidder on a VA solicitation for renovation of revolving doors at the VA Medical Center in Syracuse, NY. This award was subject to an SBA size protest and a VA eligibility protest.

The protest grounds in both the size protest and the VA eligibility protest were not sustained. However, while CVE did not sustain the eligibility protest, it determined on its own that the SDVO did not unconditionally own AmBuild, as required by VA regulations, because the “Involuntary Withdrawal” provision of AmBuild’s 2011 operating agreement required the SDVO to sell his ownership interest to the other members of AmBuild. AmBuild was never informed that CVE was investigating this issue. As a result, AmBuild was decertified as an SDVOSB, declared ineligible to receive an award on the solicitation, and was removed from the VetBiz VIP database.

AmBuild appealed to the Executive Director of the OSDBU contending that it received no notice and was not given an opportunity to respond to the basis for CVE’s finding that the 2011 operating agreement was out of date, and that the 2014 operating agreement changed the “Involuntary Withdrawal” provision to address circumstances where the SDVO might become insolvent, therefore triggering rights of first refusal that was held not to condition present ownership of AmBuild.

OSDBU rejected this appeal, stating that it could, nonetheless, determine SDVOSB eligibility based on the totality of the circumstances. While OSDBU found that CVE relied on an outdated operating agreement, it held that the 2014 operating agreement provisions still created conditions on the SDVO’s ownership interest if certain events occurred, such as bankruptcy, transfer through court order or operation of law, or the appointment of trustees without the permission of the SDVO, among others.

First, and importantly, the Court expressly held that both the CVE and OSDBU determination constituted an “informal agency adjudication” under what the “minimal [procedural] requirements” set forth in the Administrative Procedure Act (“APA”) applied.

Section 555(b) of the APA states that a party has a right to be heard in an agency proceeding, absent exigent circumstances. Such protections correspond to procedural due process requirements which “rest at the core of our nation’s Constitution and government institutions…” as stated by the Court. The Court therefore found that the termination of AmBuild’s SDVOSB status without notifying or giving AmBuild the opportunity to respond contravened the minimal requirements for an informal adjudication under Section 555 of the APA.

On the merits of the challenge, the Court found that the involuntary withdrawal provisions in the 2014 operating agreement were permissible under VA regulations as they are standard commercial arrangements and are not conditions upon ownership that would cause the SDVO’s ownership benefits to go to another. For instance, the provision, which requires involuntary withdrawal in the event of a bankruptcy, does not produce a condition on ownership since the debtor’s property would automatically become the property of another party under bankruptcy law.

The same is the case for a court order or a transfer by operation of law. Likewise, a right of first refusal provision was also a standard provision used in normal commercial dealings and did not burden the veteran’s ownership interest unless he or she choses to sell some of his or her stake.
Overall, this case should provide SDVOSBs with greater procedural rights in regard to CVE and OSDBU, as well as a somewhat greater flexibility in setting up operating agreements that reflect standard commercial practices.