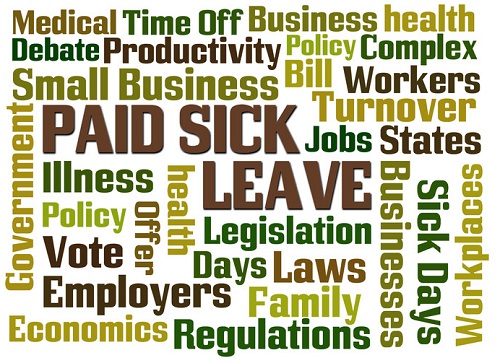 On October 6, the Council of the District of Columbia introduced the Universal Paid Leave Act of 2015. As written, the proposed bill would provide District employees with the ability to take up to 16 weeks of paid family and medical leave within a 12-month period. If adopted, the new law would provide employees working in the District with the most generous paid family leave in the United States, surpassing the current maximum of six weeks of partial paid leave available in California and New Jersey.

Under the proposed law, all full- and part-time employees who live in the District of Columbia or work at least 50% of the time in the District of Columbia will be eligible to take up to 16 weeks of leave for qualifying family and medical events. The law will allow employees to take leave for a serious health condition, after the birth or adoption of a child, or to care for a sick family member.

Nearly all private employers with employees working in the District of Columbia, including government contractors and subcontractors, would be covered by the law and required to provide eligible employees with up to 16 weeks of paid leave. To pay for the leave, the law would impose a new tax on employers, requiring them to pay into a Family and Medical Leave Fund.

As drafted, employer contributions to the newly-created fund would be capped at 1% of their employees’ pre-tax wages each pay roll period and be made in a manner similar to unemployment compensation contributions. Proponents of the new bill have expressed uncertainty over the actual cost to employers. And while the District’s Office of the Chief Financial Officer will be producing a cost estimate as the proposed legislation is considered by the council, employers that will be subject to the law are justifiably wary that the actual cost of implementation could impose a higher tax rate on employers.

Similar to other family and medical leave laws, the Universal Paid Leave Act of 2015 will protect employees from job loss while out on paid leave and prohibit employers from retaliating against employees for the use of paid family and medical leave. Additionally, employers are required to provide notice to employees of the benefits granted by the law and face daily fines on a per employee basis for failing to provide the required notice.

Most notably, employers face the prospect of significant damages for interfering with, restraining, or improperly denying employees their right to exercise the use of paid leave. Under the proposed law, employers would be held liable for all wages and benefits improperly denied to or lost by an eligible employee plus consequential damages up to three times the amount of lost wages and benefits.

While the language of the proposed law will be debated over the coming months, and many of the details will likely be fine tuned, the bill is expected to become law, as a majority of the members of the council have already expressed support for the bill.

Moreover, the law’s proposed expansion of employee benefits is in line with recent legislative action in the District, including the graduated increases to the minimum wage passed in 2014, the grant of paid family leave to employees of the District government also passed in 2014, and the living wage increase for District contractors already passed in 2015.

Although the bill’s sponsors have touted the “competitive advantage” that the proposed legislation will provide to businesses operating in the District, the uncertain costs of the law call into question the basis of that assertion. If interested in the impact of this legislation, now is the time to voice concerns and opinions on the specifics of the law to the appropriate councilmembers.

About the Author: Corey Argust is an associate with PilieroMazza in the Labor and Employment, Litigation, and Government Contracts groups. He may be reached at cargust@pilieromazza.com.