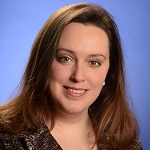 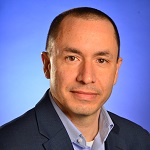 H.R. 3294, the HUBZone Unification and Business Stability Act of 2017, proposes several changes to the HUBZone program that are intended to reduce certification timelines, stabilize the program, and collect and report on performance metrics designed to measure the success of the HUBZone program. While this is a step in the right direction, the proposed changes do not go far enough to provide a meaningful impact to the deficiencies in the program.
To analyze the positive impact the proposed bill may have on the HUBZone program, we believe it is important to understand the historical weaknesses of the program and why those weaknesses have inhibited the government from meeting the HUBZone set-aside goal. Having experiences interacting and engaging with users of the HUBZone program both inside and outside of the government, we would argue that the weaknesses of the program can be categorized as follows: 1) instability in the ever changing HUBZone designated areas, 2) uncertainty for contracting officers when awarding HUBZone contracts, and 3) the inability to quantify the impact of the HUBZone program.
Rather than get into the weeds with respect to formulations on how HUBZones are designated and when those designations change, generally speaking, the current methodology has created a system where HUBZone areas are tweaked and updated annually, if not more frequently, and are significantly changed when new census data becomes available. Furthermore, once an area falls out of designation, it is “grandfathered” into the program for only a period of three years. This constant and ever changing landscape makes it difficult for a company to rely on and invest in its HUBZone status and its underlying infrastructure. As a result, fewer and fewer companies are willing to establish or relocate their companies in a HUBZone and invest in HUBZone employees and local communities. This results in the government having fewer and fewer qualified HUBZone companies to procure from in order to meet its 3% goal.
The HUBZone program is the only federal set-aside program that requires small businesses to meet program requirement twice during the procurement process; once at the time of offer, and again at the time of award. If anybody has done work for the federal government, you know that the time between offer and award can range from several weeks to several years. Now imagine trying to monitor and stay abreast of the ever changing HUBZone designated areas, not only to insure that your principal office is located in a HUBZone, but to insure that 35% of your employees live in a HUBZone. That may be easy to do for a few weeks, but as your firm grows, your employees move and HUBZone areas get redesignated; it is highly unlikely that you remain in compliance once the contract is awarded. This can leave a contracting officer with not only a protest and the need to reissue the award, but it may require an entire new acquisition. This may be why contracting officers are more and more reluctant to use the program.
At its core, the HUBZone program is an economic development program. In order to support the existence of the program it is critical to document its impact on under utilized communities.  Unfortunately, it is not only incredibly difficult to correlate HUBZone contract awards to economic growth; there has never been any funding to support such analysis.
While the proposed Bill (H.R. 3294) attempts to address the weaknesses identified above, we are concerned that it does not go far enough.
The proposed Bill does attempts to create stability with respect to HUBZone designated areas by changing the calculation for nonmetropolitan areas from the most recent data available to a five year average. This should help to stabilize the volatile swings in economic data and the impact it has on designated areas; however, the bill does nothing to extend the “grandfathering period” beyond the current three years.
The bill also requires the SBA to “go live” with its new calculations on 1 January 2020, allowing firms that were certified into the program on or before the date of the enactment of the bill to retain their HUBZone certification until the new calculations are launched. Thereafter, updates for new HUBZone areas will occur every five years; however, redesignated HUBZones are to be removed immediately after the “grandfathering” period.
These provisions may stabilize the program, but they will also limit the number of HUBZone areas, which would in effect limit the number of HUBZone firms in SBA’s portfolio. What’s more, the proposed bill does nothing to address contracting officer’s concerns regarding the risks associated with HUBZone set-asides.
Finally, it is encouraging that the Bill requires the SBA to maintain performance metrics on the impact of the HUBZone program and instructs that these metrics be collected and managed at the regional level. However, it will be extremely difficult for the SBA to meet this mandate without additional resources and upgraded information systems.
If you have any questions regarding the HUBZone program, or how these proposed changes might impact your business, please do not hesitate to contact John Shoraka or Katie Flood for more information.
About the Author: Katie Flood is counsel with PilieroMazza in the Government Contracts Group. She may be reached at kflood@pilieromazza.com. John Shoraka is the Managing Director of PilieroMazza Advisory Services, LLC, an advisory company to help small businesses navigate in the federal marketplace by developing successful strategies to help businesses thrive. He may be reached at ajshoraka@pmadvisoryllc.com.