Judge v. Jury – Considerations for the Corporate Litigant When Making that Important Decision 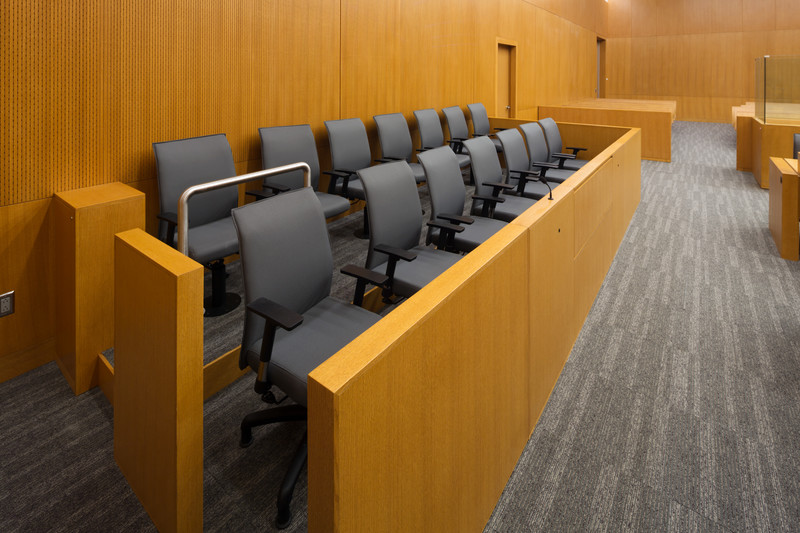 The Seventh Amendment to the U. S. Constitution guarantees the right to a trial by jury in most federal court civil cases involving money damages. And while the constitution does not extend this right to the states, most have laws or constitutional provisions preserving the right to trial by jury in civil matters that exceed a threshold monetary amount. When a company is suing, or has been sued, for money damages, the important question of whether to have the case decided by a judge (“bench trial”), or by a jury must be resolved, and usually the court’s procedural rules require that the decision be made very early in the progress of the case. So which course would be better for the corporate litigant? That is a question that is not easily answered, and turns on the consideration of multiple factors.

The judge makes decisions on the admissibility of evidence and the law to be applied to the facts in both bench and jury trials. However, in a jury trial, the jury will determine how much weight to give to the evidence presented at trial and will evaluate the relative credibility of witnesses, whereas those duties are reserved to the judge in a bench trial. Juries tend to have little or no legal training or experience and thus may be more influenced by the emotional appeal of certain witnesses or the impact of the evidence, while judges, presumably, would base their decisions on a more objective application of the law to the facts presented. While the foregoing generalization will not hold true in all cases, studies have indicated that judges tend to award lower verdicts than juries and are less inclined to award disproportionate punitive damage awards in civil cases which provide for awarding such damages. Accordingly, if your case presents a factual scenario involving egregious acts by your opponent, you may obtain a more favorable outcome, or may gain more leverage for settlement purposes, by requesting that the case be presented to a jury.

Another factor to consider when making the judge v. jury decision is the complexity of the case. Highly complex cases tend to involve lengthy examinations of witnesses and oftentimes the testimony of expert witnesses. While the jury pool in certain areas my have a reputation for being relatively sophisticated, as a general rule the risk for confusing the issues is higher with a jury than with a judge. In addition, while unfortunate, it is a simple fact of life that there are businesses that are generally unpopular with the public and for whom a jury might be less sympathetic, and in such instances a bench trial could be a safer bet. Or your case might involve a particular individual whose actions that led to the case being filed, or whose personality traits might be such, that a jury would be highly unsympathetic and more likely to rule against your company on the basis of its emotional reaction to the individual. In such an instance, you may well wish to avoid a jury. That said, your opponent may want to take advantage of the situation and trump your bench trial decision by requesting a jury, as it is the right of both plaintiff and defendant to do so.

There is much variance in the makeup of state court judiciaries across the country; for example, some systems provide for the popular election of judges, in other systems, judges are appointed by the state legislature. A judge who is concerned about reelection may have a tendency to allow that to color the way he or she rules in certain cases. Rural jurisdictions may have only one or two judges who preside over civil matters, while urban state courts may have dozens of judges on the bench. As a result, in some of the smaller jurisdictions, your attorney may know in advance of making the judge/jury decision which judge can be expected to preside at trial, and he or she may have a reputation for rendering verdicts that are pro-plaintiff or pro-defendant, or for ruling consistently in certain types of cases.

Moreover, certain jurisdictions have reputations for having juries that are hostile to corporate defendants and known for rendering large verdicts against them when given the opportunity. There are resources available that allow attorneys to research the verdicts rendered in a given jurisdiction in jury trials. It is important for the lawyer representing your company, to the extent possible, to have an understanding as to the tendencies of juries and, if possible, the judges in cases such as yours in the particular jurisdiction in which your company is facing trial, as that information will inevitably factor into the judge v. jury decision.

In sum, the decision of whether to conduct your case before a judge or a jury should not be made casually, as it is likely to have a critical effect on the outcome of your case. Accordingly, you should confer with your counsel early in the proceedings in order that the decision be made in a fully informed and carefully considered manner, taking into consideration the particular facts of your case.