“Justice Delayed?” Not here. Be prepared for the “Rocket Docket” 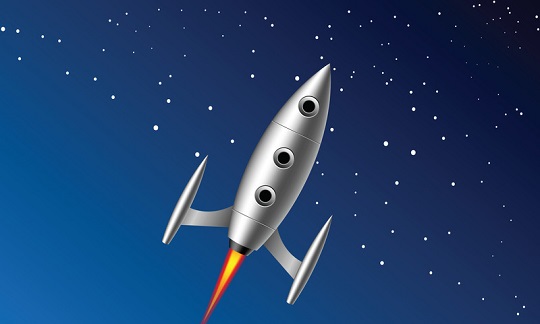 As you arrive at the front door of the courthouse of the Alexandria Division of the U.S. District Court for the Eastern District of Virginia (“EDVA”), you are met with a sculpture of a blindfolded Lady Justice bearing the slogan “Justice Delayed is Justice Denied.” And believe me, they are not kidding. Resolution of your business dispute will occur at breakneck speed, so be prepared!

Known nationally as the “Rocket Docket,” the EDVA resolves cases at a pace roughly twice as fast as that for federal courts nationally; the average time from the filing of a complaint to trial in the EDVA is about 11 months, the fastest in the country.

Many businesses in the Washington, DC metro area that find themselves faced with litigation, especially those that deal with federal government contracts, will have their disputes resolved in the EDVA.  This happens either because of the domicile of a party, the fact that the contract was entered into or to be performed in Northern Virginia, or as a result of a venue selection clause in the contract.

Therefore, it is essential for your litigation counsel to be knowledgeable in the practices and procedures in the EDVA, or else your company will be playing an expensive game of “catch-up” and any requests for a break from the hectic schedule set by the Court will likely fall on deaf ears.

How fast is fast?  The initial order that allows for the commencement of discovery (when the parties “show their hands” by exchanging written interrogatories, requests for documents and conducting depositions) and it establishes certain other key dates, which are usually issued within 30 days of the time a defendant answers the complaint. The discovery period will also be set at this time, and the period will be limited to 90 or 120 days from the date of the initial order.

The brevity of the discovery period is one of the most startling aspects of practice in the EDVA to “outsiders”; three or four months to complete discovery in a complex business dispute that could involve multiple claims for relief, numerous parties and tens of thousands of documents is in practice very little time, as procrastinating litigants learn to their peril.

Judges in the EDVA are generally not sympathetic to scheduling problems and issues caused by heavy case loads. Unlike as is often the case in state court practice, the parties cannot agree among themselves to extend the discovery deadlines in the EDVA and the dates will not be changed by the judges, absent extraordinary circumstances.

In what is even more alarming to litigants that are used to cases getting bogged down in the courts, the trial of a dispute in the EDVA will be set for four to eight weeks from the final pretrial conference, which usually occurs shortly after the conclusion of discovery. Again, any request to extend the trial date will be met with extreme disfavor by the court.

As a result of the pace of the Rocket Docket, well-prepared EDVA plaintiffs can use the speed of litigation to their advantage by lining up the support for their case, preparing their witnesses and retaining consultants and experts in advance of filing. Oftentimes, defendants faced with EDVA litigation perceive themselves as at a disadvantage from the outset, inasmuch as for those reasons the pace can be seen to favor the plaintiff. By the same token, defendants faced with a claim that is subject to dismissal prior to trial will be able to bring the issues to the court sooner rather than later, and the perennially well-informed bench in the EDVA has a reputation for willingness to summarily dismiss cases in appropriate circumstances.

With apologies to Edison, litigation in the EDVA can be summarized as “one percent inspiration and ninety-nine percent preparation.” Be mindful of venue selection clauses in your contracts and of the possibility, due to the facts of your situation, of your business dispute landing in the EDVA. If it does, be prepared from the outset for a sprint to the finish line by gathering your documents, preparing any potential witnesses, and aligning yourself with a litigation team that is familiar with the pace and procedures of the “Rocket Docket.”