Late is not Always Late: The Government Control Exception for Late Proposals 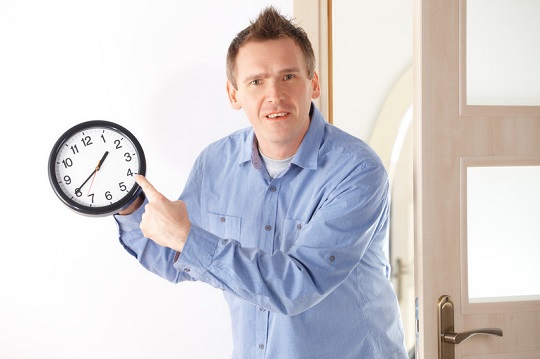 A common nightmare of government contractors probably plays out like this: you spend a significant amount of time and resources preparing a robust proposal in response to a solicitation, you are sure your firm is the most qualified to do the work and can provide the best value to the government, you submit your proposal electronically before the deadline and then—to your horror—the agency rejects your proposal because it is “late.” If this scenario happens to you, do not panic – your proposal may still be deemed timely.

As an initial matter, you need to find out, to the best of your abilities, why the agency thinks your proposal was late. You probably have record of an outgoing email to the appropriate government email address that shows you submitted the proposal on time.

How could it be late?

Even if the agency maintains that it or, more likely, the contracting officer did not receive the proposal before the time proposals were due, the inquiry is not over.

To determine whether the agency can consider your proposal timely, the key question to consider is: was your proposal received by the proper government office before the time specified in the solicitation?

The Court of Federal Claims has held in Insight Systems Corp. v. United States, 110 Fed. Cl. 564 (2013), and Watterson Constr. Co. v. United States, 98 Fed. Cl. 84 (2011), that an electronic proposal is deemed “received” by the government office when it reaches a government computer server. This rule means that if a contractor emails a proposal to the contracting officer and it reaches the government’s server by the time proposals are due, the proposal is timely even if the email does not reach the contracting officer’s inbox until after the time proposals are due.

These cases refer to FAR Section 52.212-1(f), also known as the “late is late” rule.  FAR 52.212-1(f) contains an exception for late proposals if award has not been made and there is acceptable evidence that the proposal was received at the government installation designated for receipt of offers and was under the Government’s control prior to the time set for receipt of offers.

Under this exception, a proposal is not “late” where the electronic proposal is received by a government server and is under the agency’s control prior to the deadline. This exception provides assurance to contractors that they will not be punished for a governmental server error or delay–which is wholly out of their control.

Finally, a similar exception to the “late is late” rule exists for an emergency or unanticipated event: if an emergency or unanticipated event interrupts normal government processes so that offers cannot be received at the government office by the time specified in the solicitation, and the solicitation cannot be amended to update the deadline, the time proposals are due is extended by one business day after normal government processes resume.

This exception protects contractors against internet or computer outages or delays on the government’s end. Given these exceptions, if you suspect that the reason your proposal was deemed “late” is due to an issue with government technology, your proposal may actually be timely.

Hence, late is not always late.