Mediation: The Conflict Resolution of Choice for Many Business Disputes 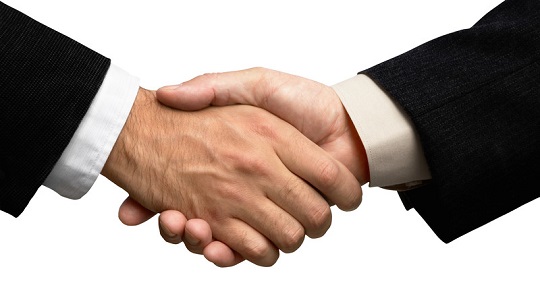 Chances are that your company, at some point, has entered into a contract that contains a provision requiring that the parties engage in a form of alternative dispute resolution (“ADR”) either in lieu of, or prior to, instituting a lawsuit to settle a dispute. Contractual ADR provisions usually call for the parties to either engage in binding arbitration, typically under the auspices of the American Arbitration Association (“AAA”), or to submit the matter to non-binding mediation prior to filing suit.

It is a virtual certainty that if you find yourself in a civil dispute in state or federal court in Northern Virginia, Washington, DC or Maryland, your case will eventually be submitted to mediation. In many of the local jurisdictions, the referral of civil cases to mediation is mandated by the courts’ rules. In others locales it is, at a minimum, strongly encouraged.

But whether stated in the contract, ordered by the court, or urged upon the parties by the court, there is no escaping the fact that present-day litigation matters are increasingly being submitted to, and settled by, mediation. As such, it behooves the prudent businessperson to be familiar with the process.

The uptick in mediation as an ADR method of choice can be attributed to numerous causes. It is no secret that litigation costs have spiraled out of control in recent years and businesses have sought out alternatives, not only to avert the risk of an adverse judgment, but to avoid the high costs of litigation. The rise in attorneys’ hourly rates, the explosion of “e-discovery” and its oftentimes prohibitive cost, and the frequent necessity in business disputes of high-priced experts are just a few of the factors driving up the cost of litigation. Similarly, some studies suggest that businesses are increasingly turning away from binding arbitration for many reasons, including cost, unpredictability of outcome, absence of adherence to legal rules of evidence and procedure, inabilities to appeal, and uneven confidence in the arbitrator(s), among other reasons.

From the courts’ perspective, overcrowded dockets and the attendant delay in conflict resolution have spurned an exponential increase in the referral by trial judges of cases to mediation, not only to ease the crowding of the dockets, but because a mediated dispute, wherein the parties control their own destiny, is typically far more satisfying to the parties than the unpredictable, and far more costly, outcome of a win/lose jury or bench trial, which could lead to even more expense on appeal.

If your dispute is being litigated in one of the DC-area federal courts and is either ordered into, or voluntarily submitted to, mediation, it will likely be conducted before a United States Magistrate Judge at no cost to the parties. In the state courts that mandate mediation early in the litigation process, litigants usually are referred either to active law practitioners with expertise in conflict resolution or to retired or semi-retired state court judges, again, usually at no cost. And if your dispute is pending in a jurisdiction that does not provide mediators free of charge, there are many organizations that provide mediation services. Increasingly, these mediation services have a roster of retired state and federal court judges with resumes that set out their areas of specialty, such as construction law, government contracts, personal injury, etc. so the litigants can “shop” for the mediator whose experience is best suited to their dispute. Regardless of how you arrive at the mediation table, there is a process that is usually followed.

Unlike a trial or binding arbitration, mediation is a voluntary, non-binding process that is usually far less formal. Typically a joint session will be held at which the mediator will introduce himself or herself and explain the process. Ordinarily the parties will sign an agreement to mediate, which will contain the acknowledgment that whatever is discussed at the mediation is confidential and will not be used by either party in the litigation.

Confidentiality of the mediation is essential to allow for the free discussion of factual disputes as well as the offers and counteroffers without concern that they will be raised as concessions or admission if the matter does not settle and the litigation moves forward. If the parties have submitted materials in advance of the mediation, the mediator will discuss his or her understanding of the dispute.

The parties, or their counsel, if represented, will then be given an opportunity to present their version of the issues, after which the parties usually adjourn to separate rooms. The mediator then engages in a process akin to “shuttle diplomacy,” going back and forth between the groups in an effort to bring their positions closer and reduce the areas of dispute to the point where an agreement can be reached.

If the parties are able to get to “yes,” the mediator will then reconvene a joint meeting where the terms of the agreement are memorialized in some form that can be signed by the parties. Business disputes are unavoidable, but companies should be mindful that litigation and binding arbitration are not the only resolution alternatives.

Statistics show that mediation of legal disputes is on the rise and for many good reasons. Savings in time and costs, the ability to control your destiny in the dispute resolution process and the access in the DC area to highly-qualified, neutral professionals are just a few of the factors that suggest that businesses should consider incorporating mediation into their dispute resolution contingency plans.