Megan Connor was recently quoted in Bloomberg Government Federal Contracts Report article, “GAO to Pentagon: Not So Fast With Your Cloud Services Award.” 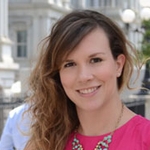 Megan Connor was recently quoted in Bloomberg Government Federal Contracts Report in an article discussing GAO’s decision that DOD overstepped its other transaction authority in making a $950 million award to REAN Cloud LLC, based on a protest filed by Oracle Corp. Ms. Connor stated that GAO “simply applied the plain language of the other transaction authority statute to find the Army did not comply.” Further she stated, “[f]rankly, I’m surprised the Army didn’t take corrective action to avoid a published decision—particularly given the blowback DOD received when the initial award amount of $950 million was made public.” When asked about the import of GAO’s decision, Ms. Connor stated that the decision is “significant if for no other reason than that the use of other transaction authority has increased dramatically in the last five years and any decision by GAO on its use is notable.”