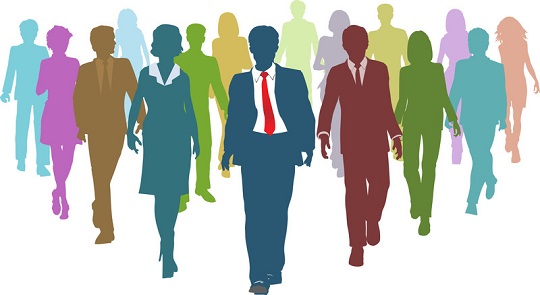 By Final Rule on August 15, 2016, the Department of Labor’s Office of Federal Contract Compliance Programs (“OFCCP”) updated its sex discrimination guidelines, in an effort to ensure that companies doing business with the federal government refrain, in accordance with current law and today’s workplace environment, from discriminating against their employees, based on their sex.

The OFFCP had previously determined that the original guidelines and regulations, which enforce Presidential Executive Order (E.O.) 11246 and date back as far as the 1970’s, were in many aspects throwbacks to the “Mad Men” era, as they were out of touch with the reality of the contemporary workplace and recent E. O.’s (such as #13672, which included “gender identity” and sexual orientation” as protected statuses) as well as more recent case law interpreting Title VII of the Civil Rights Act. In its overview of the reasons for promulgating the Final Rule, the OFCCP observed that, while substantial progress has been made in the intervening years from the initial 1970 guidelines (e.g., amendment of Title VII of the Civil Rights Act of 1964, the enactment of the FMLA, repeal or determination of the unenforceability of state discriminatory laws), much remains to be done. In particular, the OFCCP noted that sex-based occupational sex discrimination remains widespread, particularly in the area of construction; sex-based wage disparities persist; sexual harassment remains a significant problem; and sex-based stereotyping continues to influence employment decisions and practices.

“Discrimination on the Basis of Sex,” as the Final Rule is entitled, is designed to explain, in the context of modern times and current law, the responsibilities of contractors (and subcontractors) and the protections afforded the women and men who work for them. Government contractors are prohibited from discriminating on the basis, among other things, a person’s sex, sexual orientation or gender identity, and such prohibition applies whether related to hiring, recruitment, job assignment, pay, training, benefits, discipline or any other workplace condition. The Final Rule is designed to provide updated definitions of key terms, examples of prohibited acts of sexual discrimination, and offers numerous “best practices” that can be employed by government contractors in order to comply with their obligation to refrain from sex discrimination, in all its forms. As summarized on OFCCP’s website, in the Fact Sheet accompanying its announcement, the Final Rule, in summary, is designed to address:

As noted, in addition to the prohibited practices, the Final Rule sets forth a number of “best practices” that contractors can employ in an effort to demonstrate either compliance with the guidelines, or a good-faith effort to comply with the purpose of the regulations. These include:

The Final Rule is designed to be consistent with current law under Title VII, as interpreted by the Equal Employment Opportunity Commission and the courts, thus the OFFCP observes that most contractors are already subject to many of its provisions. That being said, in light of the broad scope of the Final Rule and its substantial update of the previous guidelines, a contractor doing business with the government would be well-served to perform a compliance “checkup” and review its current practices and policies. The Final Rule, as well as other helpful information, can be found at: https://www.dol.gov/ofccp/sexdiscrimination.html. If, in light of either this article, or your review of the Final Rule, or both, you have a suspicion that  your company’s polices related to sex discrimination, harassment, hiring, promotion, benefits, etc., are more in line with “Mad Men” than “Madam Secretary,” then they probably are, and an update is in order, sooner rather than later.