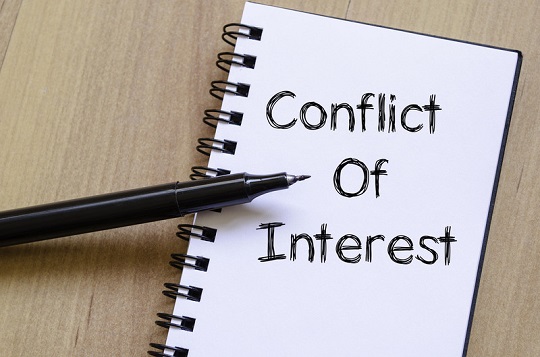 People are people. As such, contract employees and self-employed subcontractors will inevitably create relationships with others based on common interests. Most of these relationships are, for purposes of this discussion, benign. However, in some cases, the relationships of contractors’ employees can result in actual or potential conflicts with the interests of the federal government.

According to the Federal Acquisition Regulation (“FAR”), a personal conflict of interest means “a situation in which a[n] employee has a financial interest, personal activity, or relationship that could impair the employee’s ability to act impartially and in the best interest of the Government when performing under the contract.” Such conflicts are not always easy for contractors to identify, and “policing” (for lack of a better word) employees for such relationships can be an irksome and distasteful task for the contractor. Until now, only a limited number of contractors were required to identify and mitigate personal conflicts of interest. However, as explained below, this may soon change.

Contractors who provide support services for the acquisition arm of various federal agencies are likely already familiar with certain rules regarding identifying and mitigating personal conflicts of interest. Currently, the FAR requires such contractors to have procedures in place for screening potential personal conflicts of interest among their employees who will be performing certain “acquisition functions closely associated with inherently governmental functions.” At the moment, these rules do not apply to contractors who are not involved in the federal acquisition process.

However, prodded by a provision in the National Defense Authorization Act of 2013, the federal government has proposed an amendment to the FAR which would apply such personal conflict of interest rules on (1) contractors who are performing services which are “closely associated with inherently government functions” and (2) personal services contracts.  79 Fed. Reg. 18503 (Apr. 2, 2014). Some of the functions which are considered to be “closely associated with inherently government functions,” and, therefore, subject to the proposed amendment include budget preparation, reorganization and planning activities, as well as analyses to be used by agency personnel for directing policy, among others. A non-exhaustive list of such functions can be found in FAR sec. 7.503(d).

Although the proposed amendment does not apply to contracts for commercial items or contracts below the simplified acquisition threshold, the proposed amendment significantly expands the universe of contractors, and even certain lower-tier subcontractors, who will be required to implement procedures to identify (police?) potential personal conflicts of interest among their employees.

Under the new rules, all contractors performing services “closely associated with inherently government functions” will be required to do the following: