Qui Tam Actions on the Rise, but they Fall Short When the DOJ Does Not Intervene 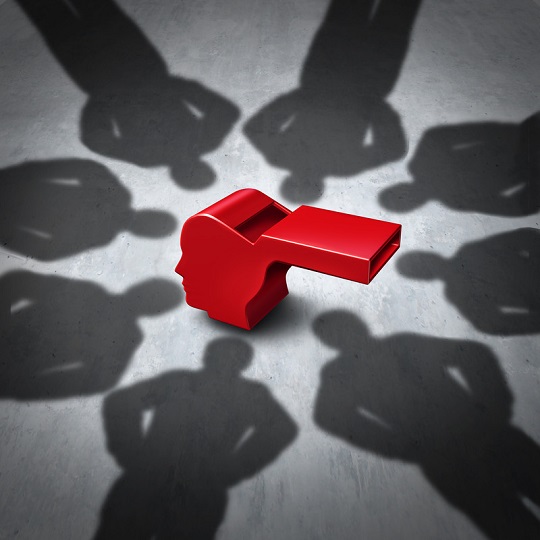 The number of qui tam actions–lawsuits brought by whistleblowers on behalf of the United States–has increased in recent years, more than doubling from 2003 to 2013. The primary federal statute under which qui tam actions can be brought is the False Claims Act (“FCA”), 31 U.S.C. § 3729, et seq.

Under the FCA, anyone who knowingly presents a false or fraudulent claim to the government for payment or approval or knowingly makes or uses a false record or statement material to a false or fraudulent claim is civilly liable to the federal government. Anyone found to have violated the FCA must pay a civil penalty of between $5,500 to $11,000, in addition to three times the damages the government sustains as a result of the violation.

The FCA enables private citizens to act as private attorneys general who can file lawsuits on behalf of the government and themselves if they know about fraudulent claims or statements made to the government. Most qui tam actions are filed by employees who allege their employers have defrauded the government.  These whistleblowers, also known as relators, can receive up to 30 percent of the recovery in a successful FCA action.

In order to encourage whistleblowers to bring suit, the FCA was amended in 1986 to add a cause of action for retaliation against whistleblowers and increase the percentage of the damages they could receive. The number of qui tam actions increased from 30 in 1987 to between 300 and 400 a year from 2000 to 2009.

The Fraud Enforcement and Recovery Act of 2009 furthered strengthened the FCA by widening the scope of conduct that can be subject to liability to include false claims that are not even directly presented to the government, and to broaden the anti-retaliation provision to include contractors and agents. The Affordable Care Act in 2010 also made changes to the FCA that are favorable to relators, including lowering the amount of independent knowledge–as opposed to publicly disclosed knowledge – relators must have of the alleged fraud. The number of qui tam actions continued to increase after these changes, and during fiscal years 2013 and 2014 more than 700 qui tam actions were filed each year.

Lawsuits filed under the FCA bring in a lot of money for the government.  False claims against banks and financial institutions regarding federally insured mortgages and loans, and against health care programs such as Medicare and Medicaid accounted for the majority of the money recovered in judgment and settlements under the FCA last year.  However, the U.S. Department of Justice (“DOJ”) also pursued fraud in government procurement and other federal programs. The government recovered $5.69 billion under the FCA in fiscal year 2014, of which nearly $3 billion was related to qui tam lawsuits. The government paid out $435 million to relators during that same period.

When a relator brings a qui tam action, the complaint is filed under seal while the DOJ investigates the allegations. The DOJ can intervene in the case or choose to decline intervention. Relators fare much better when the DOJ intervenes.  For instance, in 2014 the amount recovered in settlement and judgments in qui tam matters where the government intervened or otherwise pursued the litigation was $2.9 billion, of which relators received $421 million.

In contrast, only $51.9 million was recovered in matters in which the DOJ declined to intervene, of which relators received $13.9 million. In other words, 98 percent of the amount recovered in qui tam actions in 2014 came from cases in which the U.S. government intervened. Thus, during the beginning stages of a qui tam action, the relator focuses on trying to convince the DOJ to intervene, while the defendant focuses its efforts on trying to dissuade the DOJ from intervening.

Nonetheless, a defendant is more likely to successfully move to dismiss a complaint if the DOJ does not intervene.  Ninety-four percent of the cases in which the government chooses not to intervene are dismissed, according to a 2014 article by the American Bar Association.  Commons grounds for dismissal include that the allegations of fraud were previously disclosed in a federal hearing to which the U.S. was a party, in a Congressional or federal report or investigation, or in the news (the public disclosure bar); another relator already brought an action based on the same factual allegations (the first-to-file rule); failure to state a claim; and failure to plead fraud with particularity.

About the Author: Ambi Biggs is an associate with PilieroMazza who practices in the areas of litigation and government contracts.  She may be reached at abiggs@pilieromazza.com.