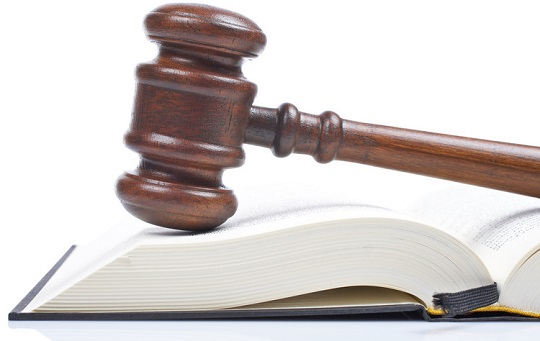 In 1998, the U.S. Supreme Court confirmed that, absent a waiver or Congressional action to the contrary, the doctrine of tribal sovereign immunity applies to lawsuits arising from a tribe’s commercial activities, even if they take place off of Indian lands. Kiowa Tribe of Okla. v. Manufacturing Technologies, Inc., 523 U.S. 751, 758 (1998). Since that decision, commercial enterprises owned by Indian tribes have entered into increasingly varied lines of business and have enjoyed increasing amount of success. With that success has come various attempts by both private and state actors to limit the reach of tribal sovereign immunity by one means or another, including attempts to either re-evaluate or overturn the Supreme Court’s decision in Kiowa.  Despite these attacks, Congressional action has not been taken to overturn Kiowa since 1998 except for certain limited exceptions.

To the concern of many Indian tribes, the U.S. Supreme Court recently had an opportunity to revisit this issue. However, in a close 5 to 4 vote, the Court recently declined an opportunity posed by the State of Michigan to overturn its holding in Kiowa, and, instead, reaffirmed its prior holding that commercial activities outside of Indian country are within the scope of tribal sovereign immunity. The case in question is Michigan v. Bay Mills Indian Community, issued on May 27, 2014.

The circumstances of this case are somewhat unusual and even counterintuitive.  In 1993, State of Michigan and the Bay Mills Indian Community (“Bay Mills”) entered into a compact pursuant to the Indian Gaming Regulatory Act (“IGRA”), 25 U.S.C. 2701 et seq. The IGRA established regulatory authority and standards for gaming on Indian lands.  The compact empowered Bay Mills to conduct “class III gaming” on Indian lands and prohibited Bay Mills from doing so outside that territory. Class III gaming involves closely regulated games, including casino games, slot machines, and horse racing. The compact also included a provision in an arbitration section which stated “[n]othing in this Compact shall be deemed a waiver” of either Bay Mill’s or Michigan’s sovereign immunity.

In 2010, Bay Mills opened a class III gaming facility in a village outside the Bay Mills reservation with land purchased with accrued interest from a “Land Trust” arising from a federal appropriation compensating Bay Mills for the taking of its ancestral lands.  The legislation stated that any land so acquired “shall be held as Indian lands are held.” Bay Mills contended that this property was “Indian land” under IGRA and the compact and, thus, they were entitled to operate a casino there.

However, Michigan disagreed and sued Bay Mills in federal court to enjoin operation of the new casino, alleging that the facility violated IGRA and the compact for being outside the Indian lands. Although Michigan obtained a preliminary injunction against Bay Mills, the Court of Appeals for the Sixth Circuit (“Sixth Circuit”) vacated the injunction, holding that tribal sovereign immunity barred Michigan’s suit unless Congress provided otherwise and that remedies for breach provided within IGRA did not authorize the action against Bay Mills because such provisions permitted a suit against the Tribes to enjoin gaming activities located on Indian lands, whereas Michigan’s complaint was that the casino was outside Indian lands.

On appeal, the U.S. Supreme Court affirmed the decision of Sixth Circuit.  It reiterated that Indian tribes are “domestic dependent nations” which exercise “inherent sovereign authority.” As dependents, the tribes are subject to plenary control by Congress. However, as sovereign powers, they enjoy common-law immunity from suits, subject to Congressional action.

This immunity extends to suits brought by States, as wells as individuals.  Thus it reaffirmed, and declined to overturn, Kiowa which declined to make any exception to sovereign immunity for a suit arising from tribal commercial activities, even when they take place off tribal lands. In so holding, the Court noted, among other things, that Congress had not taken any action to generally carve an exception for tribal commercial activities as such, save a few limited exceptions. Furthermore, it found that IGRA did not abrogate Bay Mills’ immunity from Michigan’s suit because the very premise of the suit was Michigan’s belief that Bay Mills acted unlawfully when it approved gaming outside Indian lands, whereas IGRA only authorized a State to sue a tribe to enjoin a class III gaming activity located on Indian lands and conducted in violation of any Tribal-State compact.

Although issues will still arise as to the kinds of commercial entities which are within the ambit of tribal authority and control and, therefore, subject to sovereign immunity. Likewise, the extent to which Congress has subjected commercial activities by arms of Indian tribes to particular laws is a matter of dispute in ongoing litigation. This is an important victory for the Native American community as a whole. By reaffirming tribal sovereign immunity for off-reservation commercial activities, Indian tribes can breathe a sigh of relief that they have apparently dodged a bullet that could have otherwise seriously hampered the ability of Tribes to develop their economic base by unacceptably increasing the risk of losses to vital tribal assets.