Reporting Executive Compensation: What If You Don’t Report? 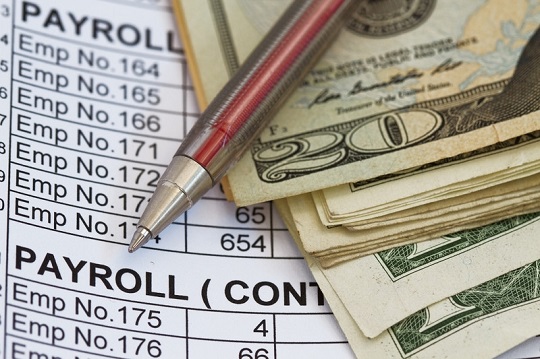 Government contractors are accustomed a myriad of reporting requirements. One such requirement that has caused much consternation is the FAR’s executive compensation clause which, as of October 1, 2015, applies to all contracts exceeding $30,000, as opposed to the pre-inflationary adjustments threshold of $25,000.

The clause requires contractors to report their five most highly-paid executives and list their total compensation for the preceding fiscal year. Most contractors are–not surprisingly, given the nature of the information–very reluctant to disclose such information and our firm has received many questions as to the ramifications of non-compliance.

To begin, the reporting requirement is overlooked by many contractors because it only applies if the contractor receives $25 million or more in annual gross revenues from federal contracts, subcontracts, loans, grants, sub-grants and cooperative agreements. It also applies if that amount equals 80% or more of the contractor’s annual gross revenues. Firms that fall within both of these categories must submit the reports to the government unless the information is available under reports filed under either The Security Exchange Act of 1934 or the Internal Revenue Code of 1986. In other words, the reporting requirements only seem to apply to a small universe of firms.

Many contractors are still in a state of denial about the existence of the regulation and wonder about the impact of not reporting. The regulations indicate that if a contractor does not comply, a contracting officer (1) can exercise “appropriate contractual remedies,” and (2) note the contractor’s failure to comply in its performance evaluation. Further, the executive compensation information is required in order for a contractor to be registered in the SAM database. If the offeror is not registered in SAM, the contracting officer is supposed to proceed to award to the next otherwise successful registered offeror. Thus, the failure to be properly registered on SAM could actually result in the loss of a contract. We have never seen that happen, however.

It is worth noting that the FAR also provides that while agencies must ensure that contractors comply with the reporting requirements, “[t]he agency is not required to address data for which the agency would not normally have supporting information, such as the compensation information required of contractors and first-tier subcontractors.” FAR 4.1402(a) (emphasis added). This language suggests that while contractors are required to submit executive compensation information, there is no requirement that agencies verify it or ensure that it is complete. Instead, agencies are tasked merely with ensuring that the report has been submitted and that the information already known to the agency, e.g., contract dollar amounts, is accurate.

Thus, the regulations seem to lack the necessary teeth to hold contractors accountable. Given such intrusive requirements into highly proprietary and confidential information about a business and conflicting regulations regarding application and enforcement, it is no wonder that many contractors and procurement agencies don’t know what to do.