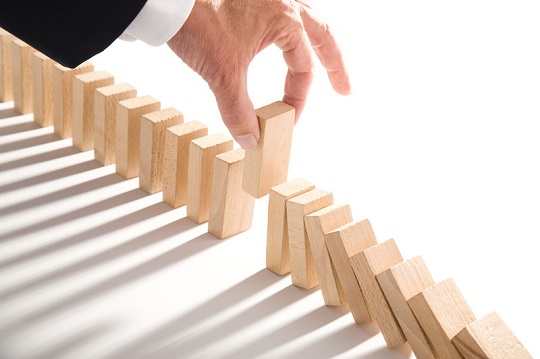 Virtually everyone agrees that bid protests before the U.S. Government Accountability Office (“GAO”) are valuable tools to ensure the integrity, fairness, consistency, and predictability of the federal procurement system. However, for awardees of federal contracts, bid protests by their competitors are often a frustrating and costly process that can cause delays and uncertainties for their future operations.

Because of the costs and distractions to the business, it is not uncommon for contractors—particularly those who are small—to choose not to intervene or otherwise participate in the bid protest. While this is a valid option, particularly when the protest allegations appear to flimsy, such a strategy does come with risks down the line.

The obvious risk is that there could be an adverse decision in the GAO protest.  However, a less obvious risk is that, by failing to intervene in a protest when one has the right to do so, the contractor could be precluded from raising otherwise valid protest grounds in any follow-on bid protest for the same procurement that the contractor itself might wish to bring.

This fate occurred in a recent GAO decision involving a contractor, Harris, Inc. (“Harris”) who protested the award of a contract by the U.S. Army Material Command to Motorola Solutions, Inc. (“Motorola”) for a land mobile radio system for the Detroit Arsenal. However, this was not the first protest for this particular procurement. Earlier, Motorola filed a successful protest alleging that Harris’ proposal should have been declared to be technically unacceptable because the radio it proposed did not receive approval by the Michigan Public Safety Communication System (“MPSCS”). Harris did not intervene.

The GAO agreed with Motorola that under the RFP, any radio proposed had to be approved by the MPSCS at the time of proposal submission. The GAO also found that the RFP required specific, written agreements between the offeror and any third-party manufacturer where the equipment being furnished was not manufactured by the concern submitting the proposal. Harris offered to furnish Motorola radios, but did not include the required written agreements which would show that it was able to purchase the Motorola radios from Motorola.  Moreover, Motorola showed that it would not have granted permission to sell radios to Harris because it was a direct competitor. After taking corrective action, the Army re-evaluated the original proposals and selected Motorola for award.

Most of the arguments marshalled in Harris’ follow-on protest were found by GAO to be untimely. However, relevant to this discussion is Harris’ argument that Motorola’s proposal likely did not include the required written agreements for the pieces of equipment that it did not manufacture itself. This argument was rejected by the GAO as speculative in nature. The GAO further noted that, had Harris intervened in the protest, it could have (through counsel) reviewed the Motorola proposal as part of the record and could have advanced any challenges to the technical acceptability of the Motorola proposal at that time, including the issue of whether Motorola entered into the written agreements required by the solicitation. The GAO rejected the contention that Harris could not have known the basis for protest before the agency announced the results of its reevaluation of proposals on corrective action.

The lesson from this story for protested awardees is that, generally, as soon as an awardee learns of the protest, it should intervene and have their counsel enter an appearance. When the agency issues its “agency report,” counsel will have the ability to review the entire report, including all documents relevant to the protest grounds, to determine whether there is a basis to request dismissal of the protest. In addition, as an intervener, the protested awardee may be in a better position to address the protest grounds that pertain to the awardee, such as its experience or past performance. Or, as is often times the case, the intervener may not need to spend significant resources but by intervening, will be kept apprised to ensure that its interests are represented.

Intervention, therefore, can be seen as a kind of “insurance policy” for protested contract awardees. Understandably, a small contractor may not want to expend this “premium” when there are other pressing needs in building the business. However, foregoing intervention is risky and may prove to be “pennywise, but pound foolish.”