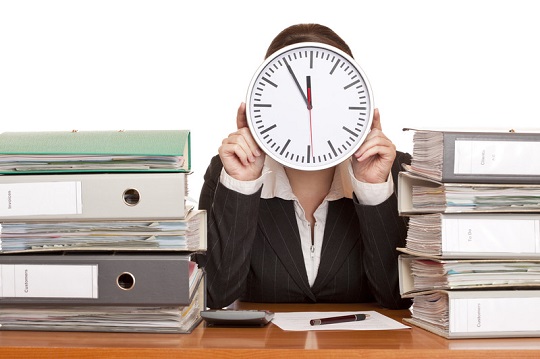 Operating in a very competitive market, many small businesses are increasingly filing size protests to eliminate competitors against which they have lost contracts. These protests are not only filed on small business set asides but also 8(a), HUBZone, WOSB and SDVOSB set asides, as those procurements require that offerors qualify as small under the relevant size standard.

Most small businesses know that size protests must be filed very quickly after receipt of a notice of proposed or actual award to be timely. However, many small businesses competing for long terms contracts—that is, those of more than a five year duration—do not realize that the Small Business Administration’s (SBA) regulations provide other opportunities to disqualify competitors on such vehicles. Understanding those rules is important as the ability to successfully challenge an award to a firm that no longer qualifies as small under a long-term contract will be compromised if the protest is not filed on time.

As a general rule, the SBA’s regulations require that size protests be filed with the contracting officer within five business days of receipt of the notice of proposed award or the actual award, whichever come first. However, many firms do not realize that specific rules apply to long-term contracts, including Multiple Award Contracts (MACs) and Government-Wide Acquisition Contracts (GWACs).

Of these timeliness rules, the second and third listed above are the mostly commonly misunderstood. With regard to the first rule, it is fairly straightforward, mirroring the general rule for the filing of all size protests: file within five business days of receipt of the notice of award, or proposed award. Those protests are usually filed by firms completely eliminated from the competition on MACs and GWACs, as the awardees normally do not turn on each other following such a competition.

Protests following the exercise of options for which size recertification is required are much rarer. The paucity of cases involving such protests are likely due to the fact that recertification of size is not required until 120 days prior to the end of the fifth year of a long-term contract.

Because the size recertification is not tied to a specific procurement opportunity, such as a task order request, the competitors on long-term MACs or GWACs often do not even consider challenging whether another contractor on the long-term contract may be large. And with the penalties associated with a false recertification being so significant, many firms believe that their competitors would not be falsely recertifying to being small, or not realize that those companies may have size affiliation problems notwithstanding their good faith intentions when recertifying. In any event, small businesses on long-term contracts need to be mindful of when options are being exercised so they can timely protest the size of a competitor assuming a basis for doing so exist.

The third timeliness rule for long-term contracts is likely the most misunderstood. With contracting officers assigning NAICS codes to task order request for proposals (TORPs), or setting aside TORPs which suggests that the underlying work is subject to competition among small businesses, many contractors believe an award of a task order to a firm that no longer qualifies as small can be protested. But that is not the case.

According to the SBA’s Office of Hearings & Appeals (OHA), size protests can only be filed on long term contracts if one of the three timeliness rules applies. In other words, for the award of task orders under long term MACs and GWACs, the size protest will be deemed timely only if the contracting officer requested a size recertification and the protest was filed within five business days of receipt of the notice of award.

Given the number of long-term contracts being competed for the first time, not to mention the many long-term MACS and GWACS currently being performed by small businesses, familiarity with the timeliness rules to file size protest is a must for firms seeking to stay in the game and eliminate ineligible competitors.

Although confusing and often seemingly conflicting, the size recertification rules offer contractors the opportunity to file protest at different stages during the life of a long-term contract. The recertification rules should also serve as a reminder to growing small businesses, whether through natural growth, acquisition or strategic business relations, that their size may be challenged at the opportune time by one of their competitors.