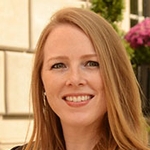 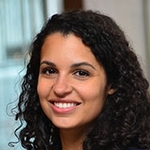 In a flurry of decisions issued last week, the National Labor Relations Board (the “Board” or “NLRB”) overruled several Obama-era precedents, including decisions on handbook policies and joint employer standards. While headlines might give the impression that changes in the Board’s view are ground breaking, the decisions represent expected policy shifts given the change in the administration. The rush to issue these decisions comes at the end of Republican Chairman Phil Miscimarra’s term, leaving the Board’s composition between Republicans and Democrats now evenly split after December 16, 2017, pending nomination of an appointee by President Trump. Miscimarra, together with two other Republicans, made up the Board’s first Republican majority in a decade and the business community has long awaited a turn in the Board’s direction. In this often confusing area of law, here is what these two decisions actually mean for employers.

Handbooks: Be Careful What You Wish For

Prior to last week’s decision, Board precedent focused primarily on policies that employees, whether unionized or not, might “reasonably construe” as barring them from protected activities under the National Labor Relations Act (“NLRA”). For example, confidentiality policies that prohibited disclosure of “another’s confidential information” were impermissible because they could be construed as prohibiting discussion of other employees’ wages – an activity the NLRA clearly protects. Similarly, rules that required employees to “be respectful to the company” might be construed as prohibiting criticism regarding management, another protected activity.
Under the Board’s new decision however, these same rules may be lawful if a company can state a legitimate business reason for issuing them and does not effectively use the policies to interfere with protected activity.
Theoretically, companies now have a lot more flexibility to include broader restrictions in their handbooks. They can draft policies that may be construed as prohibiting protected activity, as long as they don’t apply these policies in an unlawful way. And there lies the rub. Often once a policy is in a handbook, managers and supervisors adhere to that policy regardless of labor law concerns because these individuals are rarely alert to the broad scope of rights that the NLRA grants to employees. For example, where a handbook prohibits dissemination of confidential information and a manager relies on this policy to terminate an employee who is talking about wages on social media, the application of the apparently lawful policy is in fact unlawful. In practice, companies that disseminate handbooks with these broad polices are more likely to violate the NLRA. To avoid a potentially costly claim, it is advisable to continue drafting handbook policies that are thoughtfully tailored with regard to employee protected activities.
If you have questions about model handbook practices, check out Nichole’s prior blog on The 10 Most Common Mistakes in Employment Handbooks That Can Lead to Legal Liability.

A Revived Standard for Joint Employment

The Board also reversed precedent on the question of which companies are joint employers under the NLRA. Even if a company is not the direct employer of an employee, if it is a joint employer it shares the same obligations as the actual employer under the NLRA, i.e. to not engage in unfair labor practices that inhibit employees’ rights. Whereas previously the Board had held that the mere right to control employee terms and conditions could be considered in determining a company’s obligations, last week’s decision held that only the actual exercise of control can create this relationship, requiring immediate, direct control over employees. This decision could significantly impact companies that utilize staffing agencies and franchise organizations, like McDonald’s. These companies rarely exercise direct control over employees.
Although many employers will not be affected, companies utilizing subcontractors whose employees work along side prime contractor employees, like many government contractors, still need to be concerned about their exercise of control over workers. Companies should be careful when drafting subcontracting agreements that authorize control over a subcontractor’s employees’ terms and conditions of employment. Agreements that authorize control are more likely to result in exercised control.
Moreover, employers should keep in mind that other government agencies, such as the U.S. Equal Employment Opportunity Commission and the U.S. Department of Labor, have different definitions of joint employment and those standards are not changed by the Board’s decision.
The decisions handed down by the NLRB last week largely re-established Board precedent prior to the Obama-era Board. Although these cases restore more business friendly rules, these areas of labor law are very confusing and each situation should be addressed carefully to avoid unnecessary defense costs. Whether businesses are reviewing handbook policies or considering the terms of a subcontract, labor policy is a relevant and important aspect to your review.