Weather-Related Delays at Locations Other Than the Government Facility? No Excuse for A Late Proposal 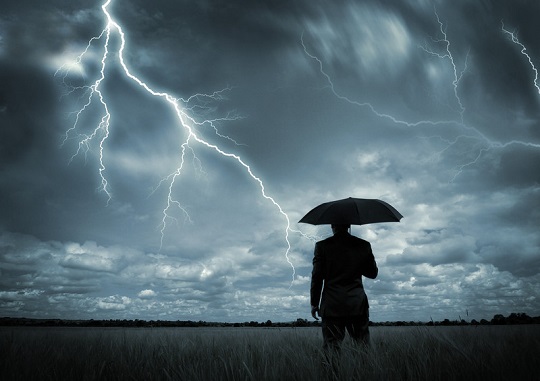 As all federal contractors know, the FAR, as well as many other rules and regulations, put most of the risk on the contractor in so many ways. Common risks include cost overruns on FFP/LPTA procurements, risk of nonpayment for work requested by personnel other than the contracting officer, or timely delivery of a proposal. Now, the U.S. Court of Federal Claims has added another issue with which contractors should be concerned with: the weather.

Global Military Marketing, Inc. (“Global”), a federal contractor located near Alabama and Florida, had its proposal rejected as late after major storms and flooding near its offices on April 29, 2014. Due to the storms, the Federal Aviation Administration (“FAA”) had issued a ground stop for all aircraft leaving various airports close to Global’s location.

That ground stop caused the shipment of Global’s proposal, via a large common carrier, to be delayed. Thus, instead of delivery occurring on April 30th as planned, the proposal package was not delivered to the designated location, Fort Lee, VA, until May 1st. After its proposal was rejected, Global filed a bid protest with the Court arguing that it was the government, through the FAA, and not Global that was responsible for the delay in delivery of the package.

In analyzing the case, however, the Court determined, in Global Military Marketing, Inc. v. U.S., Fed. Cl. No. 14-622C (2014), that the FAR did not allow for the acceptance of Global’s proposal due to transportation or delivery interruptions occurring at locations other than the government facility designated for acceptance of proposals.

Specifically, the Court found that FAR 52.212-1(f)(4), dealing with acceptance of proposals, only permits acceptance of late proposals where “an emergency or unanticipated event interrupts normal Government processes so that offers cannot be received at the Government office designated for receipt of offers by the exact time specified in the solicitation,” and that because the government office in Fort Lee was not disrupted by the storm, then that clause did not require the government to accept the late proposal.

Therefore, the Court denied Global’s protest and agreed that the agency was correct in rejecting of the contractor’s proposal. In so doing, the Court effectively placed the burden of delivery on the contractor, regardless of circumstances out of its control, such as acts of God.

The lesson for government contractors is this: finalize proposals as early as possible and submit them with enough time to account for possible weather delays or other unforeseen circumstances. As a general rule, remember that unless the delivery problems occur at the actual government location specified for acceptance of proposals, then there are few, if any, circumstances that would warrant acceptance of a late proposal.