Yet Another Recertification Rule 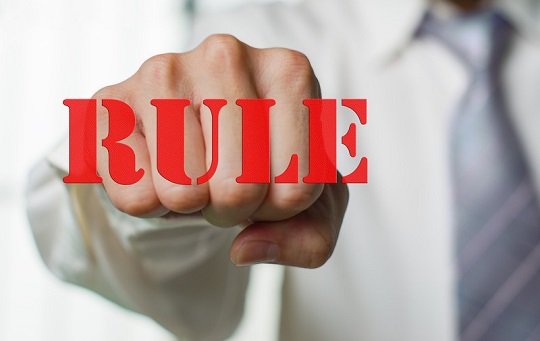 On December 29, 2014, the Small Business Administration (“SBA”) issued a proposed rule to implement the subcontracting limitation requirements mandated by the National Defense Authorization Act of 2013. Buried therein was a new proposed regulation with regard to recertification of size prior to a contract award. Under this new, proposed size recertification rule, firms that are bidding on small business set-aside contracts will need to recertify their size prior to an award if they engage in a merger and/or an acquisition (“M&A”) during the time between the submission of the initial proposal and the award.

The impact of this proposed new rule on future small business set-asides is unclear. The size eligibility of firms is generally based on when the initial proposal, including price, is submitted, however, the proposed regulation suggests that a firm’s size may now be determined at the time of contract award for firms that engage in M&A deals while proposals are pending on small business set-asides. If so, the proposed rule would not only represent a significant departure from established precedent, but also have a chilling effect on M&A transactions for small businesses.

The proposed rule comes almost a year after the SBA amended its recertification regulations to require firms that engage in the acquisition of a concern to not only recertify size on the contracts of the firm they are acquiring, but also on the contracts the acquiring firm is performing. In other words, under last year’s rule, the acquisition of another business triggers recertification for both the acquired and acquiring firms. Because that rule is relatively new, its impact on small businesses seeking to grow through acquisitions is unclear.

Regardless, such a recertification rule can only have a chilling effect on the M&A transactions contractors may wish to pursue. If the acquisition of another company triggers recertification of size on small business contracts being performed by the acquiring small business, it may not engage in those transactions, depriving concerns on both ends of those deals of a tool to grow and diversify their business base.

Under the new proposed rule, the same chilling effect is likely to occur to firms bidding on small business set-asides. If the acquisition of another firm requires recertification of size prior to a contract award, many firms will question whether they will remain eligible for the award. The SBA has not made this clear in its proposed rule, but it suggests that a firm which can no longer recertify at the time of award may not be eligible for the contract.

The reason the recertification rules purportedly exist is to improve the government’s data on the contracts being performed by small businesses. However, these rules are undoubtedly having an adverse impact on the acquisition strategy of many firms. Contractors have resigned themselves to the fact that the acquisition of another firm will trigger recertification; in turn, such a recertification could prompt agencies to not exercise options if they cannot continue getting small business credit on those contracts.

If the contracts those firms are performing may not be renewed or extended because they cannot recertify to being small, it makes no sense to move forward with the transaction. The M&A market has been very vibrant during the last few years, with firms of all sizes both consolidating and diversifying their business bases by acquiring other companies to better compete in the current procurement environment. Small businesses should be able to do the same without finding themselves at a competitive disadvantage vis-a-vis other firms.

The SBA has requested that the public submit comments to the proposed rule by February 27, 2015. Small businesses should let the SBA know how the new rule will impact them. We know from experience that comments can have a significant impact on final agency rules. At a minimum, small businesses should let SBA know that the proposed rule should not impact the eligibility of firms to receive awards on contracts they were pursuing just because they were also engaged in an M&A.