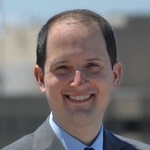 The U.S. Senate has proposed a provision in the 2018 National Defense Authorization Act that, if adopted, would raise the stakes for larger firms in filing bid protests. The provision would apply to protests against DoD procurements to the GAO. If GAO denies all elements of such protests, the protesting company would be required to pay to DoD the costs the government incurs for processing the protest at the GAO and DoD. It is unclear how the government would track or calculate its costs, but they could be significant. Notably, this reimbursement requirement would only apply to contractors with revenues in excess of $100 million during the previous year. While that would apply primarily to large contractors, there are many mid-sized firms that would be impacted as well as small business contractors in distribution and manufacturing industries. It appears reimbursement could be avoided if the contractor withdraws its protest before GAO issues a decision, or if GAO does not deny all aspects of the protest.

The Senate bill also includes a provision aimed at lessening the incentive for incumbent contractors to file protests to gain additional time (and money) performing the incumbent contract. This provision would require that incumbent contractors filing a protest would not receive payments above incurred costs on any bridge contract or temporary contract extension received by the contractor as a result of its protest. The incumbent would only receive payments above incurred costs if the solicitation is cancelled and no subsequent request for proposal is released or planned for release, or if the GAO issues an opinion upholding any of the incumbent’s protest grounds. If those events do not occur, then the company awarded the contract prior to the protest would receive the payments above incurred costs that would have otherwise gone to the incumbent (or the payment would go to DoD if there is no awardee). This could give a windfall to the awardee and it creates a financial disincentive for incumbents to protest particularly when there is a low likelihood of prevailing. The statutory language does not indicate if there would be an exception for fixed-price or commercial contracts, as you would expect. Nor does the provision make clear that it is limited to protests involving DoD contracts, though that appears to be the intent.

Please contact us if you are concerned about these provisions or would like more information about the 2018 NDAA.

About the Authors: Jon Williams is a partner with PilieroMazza and a member of the Government Contracts Group. He may be reached at jwilliams@pilieromazza.com.