A Quick Guide to Phantom Stock and Stock Appreciation Rights 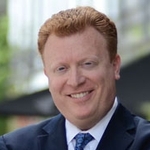 In the government contracting world, companies are often reluctant to create true equity incentive plans, such as options and restricted stock units. Small businesses have valid reasons for hesitating to offer equity to new individuals, such as a lack of familiarity with the person, an interest in retaining as much ownership as possible in the event that an equity transaction is necessary in the future, and the SBA’s rules on ownership, control, and affiliation, including the so-called “Present Effect Rule.” This rule mandates that options and restricted stock be considered exercised when granted. In other words, even unvested options will immediately, and sometimes negatively, impact the capital structure of a small business. The most expedient way around business owners’ hesitation to grant equity incentives is to create an equity-linked incentive plan, such as a Phantom Stock Plan or Stock Appreciation Rights, or SARs. Neither plan can be set up overnight, each requiring significant business, financial and tax planning. Following is a brief primer on the most important aspects of Phantom Stock Plans and SARs.

Phantom Stock and SARs are both non-qualified deferred compensation plans that pay a cash amount to participants based on the appraised value of the company if there is a triggering event, most often a sale of the business. These plans are traditionally, and most effectively, used to reward the company’s management team and/or a small group of key employees. The size of the group is especially important to avoid running afoul of the requirements set forth in the Employee Retirement Income Security Act of 1974 (ERISA).

When payments are made to participants under either Phantom Stock or SARs plans, the company claims a tax deduction and each participant realizes ordinary income. Careful consideration of Internal Revenue Code Section 409, which covers Phantom Stock and SARs, should be made to avoid both taxation at the time of the grant of the phantom stock/SAR and an additional penalty of 20% of the grant. Your attorney can help you avoid this and other traps for the unwary.

Specifically, Phantom Stock is a contractual arrangement whereby a company agrees to pay the participant a bonus in the future equal to the value of a set number of shares. The valuation is ideally set by an initial appraisal of the company (and updated every year), or else by a formula determined by the company’s board. Once the valuation is determined, the company may set aside 10% of the equity value, or 10% of the issued and outstanding shares or units, as phantom stock for distribution under the plan. If the company is later sold, then the recipients of those phantom stock units will be entitled to a cash payment, which is treated as compensation income and subject to ordinary income tax at the time of payment.

In contrast, SARs allow participants to receive the equivalent in cash of the increase in the value of a specific number of shares. For example, imagine the company issues a participant 1,000 SARs, based upon 1,000 shares of company common stock with a per share valuation of $10. If the company is later sold for $50 per share, the participant would be entitled to a SARs payment of $40,000 ((50-10)*1,000).

Although they do not constitute actual equity, phantom stock and SARs plans remain popular, especially among government contractors, as ways to incentivize key employees and avoid the pitfalls of granting equity incentives. Please consult with your attorney and financial advisor for more information about how one of these plans may be right for your company.

About the author: Michael A. de Gennaro is a partner with PilieroMazza and heads the Business and Corporate Law Group. He may be reached at mdegennaro@pilieromazza.com.