“Are You Being Served?” If So, Your ESI Must Be Preserved! 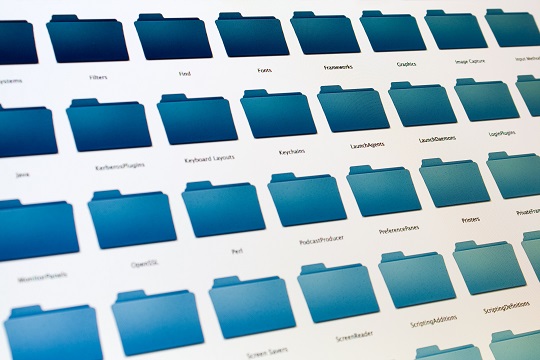 Unlike the classic British sitcom “Are You Being Served?”, as any business owner who has been on the receiving end of a threat of litigation or was served with a complaint can attest, there is nothing remotely amusing about what is in store for the company. And one of the most challenging, time-consuming and costly aspects of litigation is the discovery process—whereby each side, if asked through interrogatories and document requests, must show its respective hand, in the process producing all relevant documents and communications, in whatever format, that might have a bearing on the case. In the Information Age the discovery process has largely become an exercise in retrieving and reproducing, in an agreed format, relevant documents and communications in the form of electronically stored information (“ESI”).

When your company is served with a lawsuit, the duty to preserve all ESI that is relevant to the case is triggered. In addition, courts have held that the duty can also arise when, based on the receipt of a settlement demand or threatening letter, litigation is not yet pending but is reasonably foreseeable. This same duty to preserve ESI has been found to arise in contexts where a company is not the actual party to litigation, for example, when a third-party subpoena is served or an EEOC claim or other governmental or agency investigation is commenced.  Often, the duty to preserve ESI is explicitly stated in what is commonly known as a “litigation hold” letter, usually sent by counsel for a party that is either currently, or about to be, engaged in litigation. Such letters typically contain a brief recitation of the nature of the dispute and will advise the recipient that it is required to preserve, until further notice, all documents and records, in paper form or ESI, relevant to the dispute.

So, let’s say that your company—whether as a named party, a potential party, or a third party—was thought to have information relevant to a dispute and has become aware of a pending or threatened action where the duty to preserve ESI has been triggered: what’s next? First, identify all key players in your organization who may have relevant information and advise them that they need to preserve it, whether in ESI or other form, until further notice. Work with your IT department to ensure that all auto-deletes or other processes that may be in place to routinely purge ESI are disabled, again, until further notice. And, if you have not already done so, consider the implementation of a document retention policy and readiness plan for litigation that will facilitate the orderly organization and preservation of relevant ESI.

Some may wonder what’s the risk if a company fails, after reasonable notice of a dispute, to promptly move to preserve ESI and inadvertent deletion or destruction of relevant information occurs? If the word “spoliation” is foreign to you now, it will not be for long if your company has negligently, or worse, willfully deleted ESI relevant to a dispute. Spoliation has been defined as “the destruction or significant alteration of evidence, or the failure to preserve property for another’s use as evidence in pending or reasonably foreseeable litigation.” And the results of spoliation of evidence, whether from negligence or as part of a “cover-up,” can range from a negative inference being drawn against the spoliating party (in other words, the court or jury assume whatever you deleted was harmful to you) or, in extreme cases of deliberate destruction, barring the offending party from putting on evidence, the striking of defenses and monetary sanctions.

In sum, the absence of a sound document retention policy and a plan in place for ESI preservation when the process server shows up can lead to an unpleasant experience becoming vastly more so if relevant ESI is not preserved. An ounce of prevention in the form of the implementation of such plans will serve your company well in the long run.