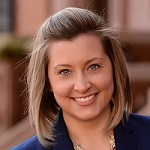 This change gives businesses a longer time period during which to qualify as a small business. The House Committee on Small Business, where the bill was initially referred, reported that the modification to the size formula was designed to “reduce the impact of rapid-growth years which result in spikes in revenue that may prematurely eject a small business out of their small size standard” and give entry-level small businesses more time to grow and develop their competitiveness and infrastructure. However, as discussed in further detail by my colleague, Megan Connor, the law assumes that businesses’ revenues generally grow year by year at a steady rate, which is not true for all companies. Consequently, some businesses will benefit from the change while others may no longer qualify as small.

Once signed into law by President Trump, the bill will become effective. It is unclear what effect the law will have on contractors whose small business size status will be impacted or how SBA will apply the law versus the language of its current regulations. SBA may potentially implement an interim rule to effectuate the law. However, since statutes technically “trump” regulations, legally the five-year lookback period is effective upon signature by the President. If signed into law before January 1, this may have profound consequences for contractors who will need to update their SAM registrations in the new year. Let us know if you have any questions about how the law will impact you.

About the Author: Emily Rouleau is an associate with PilieroMazza. She may be reached at erouleau@pilieromazza.com.