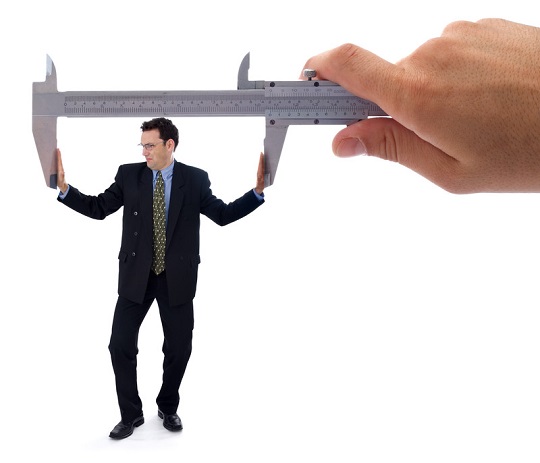 Small business government contractors are sometimes resistant to the idea of filing size protests against their competitors. How much time and effort will it take? Is there enough evidence? Will the agency be offended? These are the types of questions that small business owners often ask themselves in deciding whether to challenge the size status of an apparent awardee and, in some instances, the answer to any one of them may justify a decision not to file a size protest.

Having said that, size protests are filed all the time and quite often are met with favorable results. So, if you are on the fence about challenging your competitor’s small business size status, consider the following five reasons why filing a size protest might be the right move:

First, as a non-successful offeror, you have the right to file a size protest. In fact, any offeror whom the contracting officer has not eliminated for reasons unrelated to size may file. Furthermore, most agency officials promote SBA’s legitimate interest in ensuring that set-aside contracts are not awarded to large businesses and they recognize how size protests help further that interest. Thus, you are not doing anything wrong by protesting an award so long as you have a basis to question the size of your competitor.

Second, while a strong, well-founded size protest often contains numerous allegations of affiliation and a wealth of legal and factual support, preparing a size protest that will stick and lead SBA to initiate a size determination is not always a colossal effort. SBA’s rules do require that a size protest be sufficiently specific to provide the protested concern with notice as to the grounds upon which its size is being called into question. However, that does not necessarily mean you need to go to extreme lengths to make a case that your competitor is large.

For example, an allegation that the apparent awardee exceeds the size standard (where the applicable size standard is $5 million) because it received government contracts in excess of $5 million in the prior year is sufficiently specific. Of course, a solid size protest packed with evidence of affiliation, and information confirming your competitor’s other than small status, is going to increase the likelihood of SBA reaching the conclusion that the company is large, but you are not required to prove your case with absolute certainty to get a favorable size determination.

Third, much of the evidence needed to substantiate a size protest is readily available. In this regard, competitors generally know their competitors—recent contract awards, mergers, acquisitions, etc. In addition, public sources of information can provide insight into a company’s annual receipts or number of employees. And, if you search, you may identify potential affiliates, e.g., firms that are co-located or have the same officers. All of this information, though not official, is credible, at least enough so to support a size protest.

Notably, while SBA uses federal tax returns to calculate a firm’s size for revenue-based size standards (as well as IRS 941 filings and official payroll reports for employee-based size standards), you are not expected to provide this type of information as part of a size protest, nor should you be. Instead, the publicly-available information described above is sufficient evidence.

Fourth, while a size determination is based primarily on the information supplied by you, the protestor, it may also be based on grounds not raised in the protest. In addition, SBA has discretion to use other information and may make requests for additional information it deems relevant to the size determination. And, in practice, SBA rarely limits its investigation to the four corners of the size protest letter and the supporting materials submitted therewith. In fact, it is not uncommon for a size specialist to take a “leave no stone unturned” approach and examine the size of the protested concern under all of SBA’s affiliation rules.

Fifth, and finally, SBA’s affiliation rules and the ways in which one concern can be found to control or have the power to control another concern are numerous, complex and, from a layman’s perspective, somewhat nonsensical. Thus, if your competitor is an inexperienced small business government contractor or a company that has simply let its guards down or failed to analyze its size under the affiliation rules, affiliation issues may not have been avoided or mitigated. If so, that competitor may be at risk of being found large.

In closing, the next time you receive a pre-award notice identifying your competitor as the apparent successful offeror, you may want to explore whether a size protest is warranted.