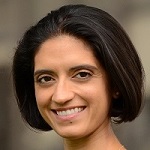 At a certain point in a company’s life cycle, founders are likely to be faced with the financial pinch of requiring outside sources of funding to finance further growth and expansion of the business. Once bootstrapping ceases to be an option, there are two main avenues to pursue for growth capital: traditional bank debt or private equity investment. Both options present pros and cons, and they are not mutually exclusive. Ultimately, the route founders decide upon will depend on the objectives, limitations, and concerns specific to their organization. This article will focus on the first of these two financing options, traditional debt financing. A second post will follow that focuses on private equity investment.

One of the most attractive features of debt financing is its familiarity. Unlike the often unfamiliar complexity of venture capital investments, the basic outlines of a bank loan or line of credit are familiar to the average commercial consumer. Beyond this comfort level, the strongest argument in favor of traditional lending is the ability to avoid giving up ownership of the company and maintaining (nearly) absolute executive control. In most bank loan transactions, the lender will not require a board position or a role in company management. The debt will also be carried on the books of the company as a financial liability only and will not dilute the equity holders’ ownership in the company. This can be attractive from a capitalization table perspective because it keeps the number of owners low and the ownership structure relatively simple (although beware of over-leveraging, which could diminish the interest of future investors). Typically, when taking on debt financing, the founders will retain the ability to direct and control decision-making for day-to-day operational decisions. Keep in mind, however, that banks often will require certain limited negative controls or negative covenants that limit the company’s ability to engage in certain extraordinary transactions without triggering an event of default under the loan documents unless the lender’s prior consent is obtained.

The primary drawback associated with traditional lending is that the debt will always have to be repaid. Unlike in venture capital deals, where return on investment is significantly contingent upon the success of the company, bank debt is an absolute liability with a maturity date. Collateralization requirements will put company assets at risk if payments on the loan are not made in a timely manner. Another key feature that can deter founders from seeking traditional debt financing is the potential that an institutional lender will require personal guarantees, which is especially common when the borrower is a relatively young company. Unless founders can successfully negotiate out of personally guaranteeing loans to the company, debt financings can be risky endeavors for those engaged in early-stage ventures.

Finally, while some lenders have more of an appetite for risk than others, the terms of traditional bank debt are likely to be more conservative than those that may be available from some private investment funds.

About the Author: Kathryn Hickey is a partner with PilieroMazza and heads the Business & Transactions Law Group. She may be reached at khickey@pilieromazza.com.