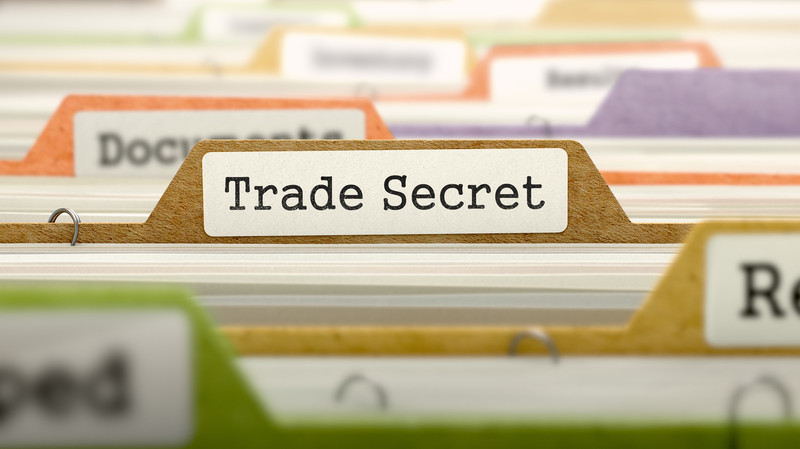 The overwhelming bipartisan passage by both the House and Senate of the new Defend Trade Secrets Act of 2016 (“DTSA”) which was signed into law (18 U.S.C. §§ 1831-1839) by the president on May 11, 2016, marks not only an unusual display of political unity in Washington, but also presents an ideal moment for federal government contractors to assess and update their policies and procedures relating to trade secrets. To make sure you are ready for the new law, below are a few high level takeaways for government contractors regarding the impact DTSA will have on your trade secrets.

What are trade secrets?

A trade secret is protected confidential information that has been developed by your company from which the company derives independent economic value and for which the company has taken reasonable steps to protect and guard its secrecy. Trade secrets are financial, business, scientific, technical, economic, or engineering information and know-how including, for example, contract bids, data, designs, formulas, methods, or processes used in your business that give the owner of such information a competitive advantage, economic benefit, or value. Factors to be considered in determining whether your confidential information is a trade secret include:

In contrast to other intellectual property like patents, trademarks, and copyrights that can – and should – be registered with the U.S. Patent and Trademark Office or the U.S. Copyright Office, there is no official registration for trade secrets at the federal or state level. Rights in a trade secret are maintained by the owner taking reasonable steps to preserve its secrecy. To keep your secrets secret:

Unlike other federally registered intellectual property such as patents and trademarks that have a limited term, trade secrets can last forever and protecting them is “free” so long as you have vigilantly guarded their secrecy. Protecting your trade secrets from disclosure or misappropriation by an employee, vendor, or other third party from the start, therefore, is imperative to maintaining your competitive edge. If your trade secrets are stolen, however, DTSA makes available new avenues for relief as discussed below.

Impact of DTSA #1 – Opens the Doors of the Federal Courthouse

Prior to the enactment of DTSA, trade secret issues and causes of action relating to the misappropriation of trade secrets were decided under state law and brought in state courts (unless grounds for federal jurisdiction could be established). Each state (except for New York and Massachusetts) has enacted some version of the Uniform Trade Secrets Act, but the law can vary from state to state. DTSA, however, opens the doors of the federal courts by allowing a civil action to be brought for trade secret misappropriation under the federal Economic Espionage Act (“EEA”). The EEA previously only allowed for criminal cases to be brought by the Department of Justice for misappropriation of trade secrets. DTSA does not preempt existing state trade secrets laws but will instead coexist with state laws. DTSA supporters believe that the new law will create a more uniform body of federal trade secret law and increase the quality of trade secret decisions as a result of access to federal judges who have a broader understanding of intellectual property law issues.

DTSA provides whistleblower immunity for an individual who discloses a trade secret if such disclosure is done solely for the purpose of reporting an alleged violation of law. The new law imposes a requirement on employers to notify employees of this immunity protection. According to DTSA, notice must be placed “in any contract or agreement with an employee [or other individual performing work as a contractor or consultant] that governs the use of a trade secret or other confidential information.”  18 U.S.C. § 1833(b)(3). The law allows for this notice to be set forth in the confidentiality or employment agreement or by cross reference to a policy regarding such immunity in an employee handbook. Failure to include this notification could result in an inability of the employer to recover punitive damages or attorneys’ fees in a DTSA action against the employee. This notice provision is not retroactive and applies only to agreements going forward after DTSA became law.

In what appears to be its most controversial provision, DTSA allows plaintiffs to ask the court to order law enforcement officials to seize any “property necessary to prevent the propagation or dissemination of the trade secret that is the subject of the action.”  18 U.S.C. § 1836(b)(2). This type of “ex parte” remedy (meaning relief requested by one party without testimony from the opposing party) is considered harsh in the eyes of the law. Accordingly, the requirements for meeting the threshold to grant this type of seizure are set high. Such ex parte seizure orders will be used only in “extraordinary circumstances” and the party must show “with particularity” the property to be seized. The court will grant such order if it finds “clearly” that:

Intellectual property is one of the most valuable assets of a company and protecting your rights whether by patent, trademark, copyright, or trade secret law is imperative to maintaining its value. The enactment of a new federal trade secrets law arrives against the backdrop of the more challenging enforcement of patent rights as a result of the enactment of the America Invents Act, which radically changed the American patent law system to a first-to-file regime from a first-to-invent system, and recent Supreme Court decisions that have weakened the patent law system. Most expect, therefore, that with the enactment of DTSA trade secret litigation will soon be on a dramatic rise. As cases under DTSA are decided and federal trade secret law develops, we will continue to post blogs and provide updates. We encourage our clients to contact us with any concerns and questions relating to protection of trade secrets.