In a Business Owners Agreement, Should All Owners Be Equal? 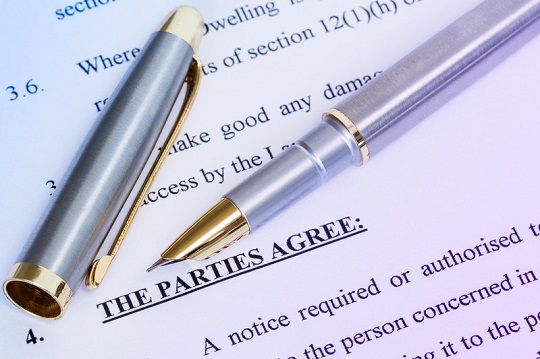 Good business planning involves owners of the company developing and entering into a shareholders agreement, operating agreement or partnership agreement (owners agreement). A good owners agreement will allow the owners to plan and prepare upfront for disruptive events in the company’s business life cycle, whether good or bad. And, as part of putting together an owners’ agreement, one of the fundamental questions owners need to resolve is whether all owners should have equal rights. The answer is it depends—in some circumstances yes, but in others, no.

Generally speaking, the major issues that an owners agreement addresses fall into one of three categories: ownership and financial, management/governance and transfer rights.

As far as ownership rights go, the owners agreement would specify the ground rules for ownership. These grounds rules might require ownership to be tied to active participation in the company’s day-to-day operations and detail when and under what circumstances the company, or its owners, might have the right to buy out an owner’s stake in the company. Typically, buy-out rights are triggered by an owner’s death, disability, employment being terminated or being expelled (for bad acts).

Management/governance provisions would specify whether the members would directly manage the company’s business and operations or if ownership and management would be formally separated; such that one or more persons (owners or possibly non-owners) would manage the company’s business and operations and only bring a limited number of fundamental matters back to the members to voted on and approved or rejected.

And, transfer rights provisions would specify the limitations on an owner’s ability to sell or transfer his/her ownership interest in the company to a third party. More often than not, the company (first) and the other owners (second) would have a right of first refusal (ROFR) to purchase an owner’s stake if that owner desired to sell it.

The following scenario illustrates where for regulatory, financial and non-financial reasons, one owner may justifiably have significantly greater rights than one or more other owners: A service-disabled, veteran-owned small business (SDVOSB) is in growth mode, is currently valued at $10 million, has a significant contracts backlog and strong pipeline. The service-disabled veteran owner (Owner) has built the company (a limited liability company) to its current level of success (level “x”), but believes he now needs to promote from within the company’s ranks or recruit from the outside two key people into CFO and COO roles with ownership interests (New Employee Owners) to ensure that the company can perform its contracts through the emerging growth phase to level “y.”

So, should the owner’s (operating) agreement provide for the owners to have equal financial, management/governance and transfer rights?  For obvious regulatory (ownership and control) reasons, the answer is no, not possible. The Owner has to have not less than a 51% ownership, receive not less than 51% of the profits from the company and control the day-to-day operations and long-term decision-making of the company. And, if the company were operating under the SBA’s SDVOSB program, any ROFR on the Owner’s ownership interest could jeopardize the company’s SDVOSB status.

However, the SDVOSB element aside, there would arguably be a host of other financial and non-financial reasons why the Owner should have greater rights than the two incoming owners. This would be particularly true if the New Employee Owners were receiving their ownership interests as a part of their compensation, with the understanding and expectation of their being continuously employed by the company for the next several years (as opposed to paying cash for their stakes in the company).

The Owner’s financial risk and investment in the Company far exceeds that of the New Employee Owners. The Owner built the company to its current level of success and may well be personally guaranteeing a bank line of credit or even an office lease. And, the Owner has significant capital invested in the business (as partly expressly through retained earnings). In that regard, it is understandable that the Owner would retain stronger management/governance, financial and transfer rights than the New Employee Owners; including, the right to determine if/when to sell the company and to compel the New Employee Owners to sell alongside the Owner when the decision to sell is made.

So, whether the owners’ agreement should make all owners equal is really driven by the specific facts and circumstances in the particular situation. There really is no “one size fits all” answer.