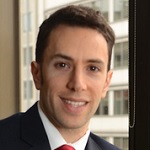 The Tax Cuts and Jobs Act of 2017 (the “Act”) provides the most comprehensive tax reform in more than three decades. Small and medium business owners will find that the Act reduces their total taxes both on an entity and an individual level, while also creating tax incentives to spend on capital expenditures through accelerated depreciation of both used and new property. Here are some highlights from the Act.

The change in the tax law that has garnered the most attention is the reduction in the C corporation tax rate from 35% to 21%. Such a reduction, which went into effect for the tax year beginning after December 31, 2017, makes the United States a more competitive country in which to invest. Prior to the Act, the U.S. had the highest federal tax rate among economically developed countries and the additional dubious distinction of featuring the highest overall tax rate when combining federal, state, and local taxes. By reducing the tax rate so precipitously, Congress hopes both to provide a carrot to offset the stick already in the Internal Revenue Code (the “Code”) to keep U.S. companies from inverting, and to encourage U.S. businesses to reinvest their repatriated earnings in the U.S., rather than distributing the repatriated earnings as dividends to their shareholders.

To counter these advantages bestowed upon C corporations, the Act provides pass-through entities with advantageous treatment of their own. For tax years beginning after December 31, 2017, the respective equity holders (partners, shareholders, and members) of pass-through entities can deduct 20% of qualified business income from partnerships, S corporations, or disregarded entities (other than specified service businesses; the equity holders of such businesses have their deductions limited when surpassing the income ceilings specified in the Act).

Under prior law, taxpayers had to capitalize the cost of property used in a trade or business and depreciate or amortize that amount over a set number of years. The Act provides a jolt to the current depreciation system, providing that qualified property placed in service between September 27, 2017, and January 1, 2023, can be 100% expensed (deducted), rather than having to be depreciated. Further, the Act grants eligibility to this accelerated expensing program to used property, whereas under prior law, only new property was so eligible.

The Alaska Native Claims Settlement Act (“ANCSA”) was signed into law in 1971 with the aim of settling land disputes between Alaskan tribes and the federal and state governments and facilitating economic progress for the tribes. As part of the ANCSA, Alaska Native Corporations (“ANCs”) were established to hold property for Alaska Natives (members of the ANCs); generally only Alaska Natives are allowed to be shareholders of the ANCs, which can transfer money to Alaska Native Settlement Trusts (“Trusts”) to benefit Alaska Natives. The Trusts received favorable tax treatment in 2001, which allowed them to make irrevocable elections to pay tax at the lowest rate specified for individuals (rather than the applicable rate on trusts). Further, beneficiaries of Trusts that made this election were allowed to exclude distributions from the Trusts from their gross income.

The Act makes significant alterations to the tax treatment of ANCs and Trusts. In so doing, it allows ANCs to move income recognition of certain payments made pursuant to the ANCSA to the Trusts, rather than recognizing income at the ANC level. To be eligible for this treatment, the assignment of income must be in writing, and the ANC must not have received the payment prior to assigning the income to the Trust. Further, the Act will permit ANCs to elect to deduct contributions they make to Trusts, which must then include income equal to the ANC’s deduction in their gross income. The Act adds a requirement that any ANC that has elected to deduct contributions to a Trust as described, must furnish a statement to the Trust containing the necessary information for recording requirements.

Under current law, long-term contracts are taxed according to the percentage of completion method (“PCM”). The PCM requires that a taxpayer include in gross income for the taxable year an amount equal to the gross contract price multiplied by the percentage of the contract completed during the taxable year. An exception to the PCM exists for companies whose average annual gross receipts for the previous three years do not exceed $10 million. Such companies are allowed to use the completed contract method (“CCM”), which allows deferral of taxable revenue until contract performance has reached 95% of completion. Under the Act, in tax years beginning after December 31, 2017, the gross receipts threshold for using the CCM has been raised to $25 million. This is great news for small business owners who perform long-term construction contracts; with the increased threshold, such companies will be able to defer more revenue recognition and thereby maintain their eligibility for various small business set-aside awards.

About the Author: David J. Medalia is an associate in the Business & Transactions Group. He may be reached at dmedalia@pilieromazza.com, or at 202.857.1000.