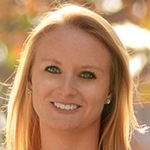 Nearly every federal agency is required to follow the Federal Acquisition Regulation (“FAR”). However, one exception is the Federal Aviation Administration (“FAA”), which is not required to comply with the FAR but rather has its own policies and procedures, called the Acquisition Management System (“AMS”). As a result, unlike most bid protests, which may be brought either at the agency-level, Government Accountability Office (“GAO”) or the Court of Federal Claims (“COFC”), protests against the FAA contract awards (or solicitations) must be filed with the Office of Dispute Resolution for Acquisition (“ODRA”). And, because the FAA has its own set of rules and procedures, while there are some similarities between protests at ODRA and GAO or the COFC, there are many important differences.
The first, and perhaps most important, is knowing where and when to file the protest. If you accidentally file a FAA protest at GAO or the COFC, this does not prolong the time limits in which you must file the protest at ODRA. For post-award ODRA protests, protests must either be filed no later than seven business days after the date you knew or should have known of the grounds for protest, or, if you requested a post-award debriefing, five business days after the debriefing. This is different from GAO’s standard of calculating timeliness in terms of calendar days, rather than business days.
Second, you are not entitled to an automatic stay of performance even if the protest is timely filed at ODRA. At GAO, protestors are entitled to an automatic stay of contract performance, which may be overcome in limited circumstances. This is an extremely helpful tool for protestors, such that the status quo is preserved and the awardee is not permitted to perform on the contract while the protest is pending. Although you are not entitled to an automatic stay if you protest at the agency-level or COFC, you can argue for at least a temporary restraining order or preliminary injunction at the COFC, which has some success. Similarly, you also have to argue for a stay of performance during an ODRA protest, which must be submitted with your initial filing. But, unlike COFC, ODRA presumes that contract performance will continue pending resolution of a protest, and to be successful, protestors have to demonstrate a “compelling reason to suspend or delay all or part of the procurement activities.” This is an extremely high standard, and performance suspensions are rarely granted at ODRA.
Third, because FAA procurements are governed by the AMS, it is important to understand some differing concepts between the AMS and the FAR, so that you know if you have a strong protest argument. For example, the FAR states that if the contracting officer decides to conduct discussions with an offeror during the evaluation process, the contracting officer must hold discussions with each offeror, so that there is no unfair treatment among offerors. In contrast, the AMS encourages communications with offerors and expressly states that “[c]ommunications with one offeror do not necessitate communications with other offerors, since communications will be offeror-specific.” AMS § 3.2.2.3.1.2.2. Although this is a strong argument at GAO, ODRA frequently denies protests where the protestor argues disparate treatment in the context of communications.
Lastly, in addition to the timeliness rules, ODRA’s procedural rules vary from GAO, and ODRA encourages alternative dispute resolution for bid protests. In fact, this is the primary means of resolution of bid protests brought before ODRA. Similar to the COFC but unlike GAO, ODRA will hold an initial scheduling conference shortly after the protest has been filed. As another example, if you are represented by counsel and seek a protective order, a redacted copy of the protest must be included with the initial protest filing, rather than the one-day grace period at GAO. And, if you are the contract awardee, and wish to protect and defend your contract award, you must submit your intervention notice within two business days from the date the contracting officer notified you of the protest. These are a few examples of the many nuances between filing a protest at the agency-level, GAO or COFC, and ODRA.
Understanding the ODRA protest process is crucial to preserving your protest rights. Our attorneys have experience in filing and defending ODRA protests. For assistance with an ODRA protest, contact us today.

About the Author: Meghan Leemon is an associate with PilieroMazza in the Government Contracts Group. She may be reached at mleemon@pilieromazza.com.