Pursuing a CTA Team Solution? Make Sure You’re on an Eligible Team! 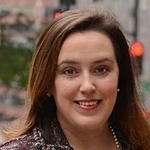 Contractor Team Arrangements (CTA) formed to pursue GSA Schedule task order opportunities are unique animals in the government contracting universe. A mashup of elements taken from joint ventures and more traditional prime-sub relationships, CTAs allow two or more Schedule contract holders to combine their respective Schedule contract offerings in response to an ordering agency’s solicitation. GSA guidance is clear that for Schedule obligations—such as reporting sales and paying the Industrial Funding Fee (IFF)—each CTA Team Member is considered to be a “co-prime” for the awarded task order. Therefore, each CTA Team Member is responsible for reporting the sales charged to its various labor categories or product offerings and is also responsible for remitting to GSA the IFF for these sales.

Practically speaking, however, it has been our experience that many CTA teams treat the CTA Team Lead as the de facto prime contractor for the awarded task orders and that their “CTAs” are more or less prime-subcontractor relationships. This may stem from confusion regarding the eligibility of the Team Members to the CTA. Because all CTA Team Members are considered co-primes, they all must be able to meet the small business and socioeconomic designations of the task order set-aside. In this respect, CTAs are different from joint ventures under SBA’s recently revised joint venture rules, which, for example, allow a joint venture that is majority-owned by a participant in one of SBA’s socioeconomic programs to pursue a set-aside opportunity if the other joint venture participants are small businesses under the size standard assigned to the opportunity (or are the majority-owner’s SBA-approved mentor). Not so in the case of CTAs: if a Schedule task order has been set-aside for HUBZone small businesses, for example, all CTA Team Members, and not just the Team Lead, must be HUBZone small businesses under the size standard assigned to the procurement.

If you have any questions regarding the eligibility of your CTA team or need assistance in drafting a compliant CTA agreement, please contact Katie Flood of PilieroMazza’s Government Contracts group for assistance.