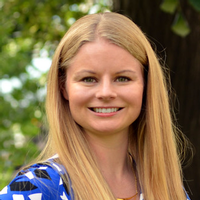 In late October 2017, the period to comment on SBA’s proposed rule to amend the SBA Office of Hearings and Appeals (“OHA”) rules of practice to implement provisions of the National Defense Authorization Act for Fiscal Year 2017 (“2017 NDAA”) closed. By way of background, the 2017 NDAA, which Congress passed on December 23, 2016, prohibits the VA from issuing rules related to the status of SDVOSB, requiring it to instead follow SBA regulations. The 2017 NDAA specifically granted OHA jurisdiction over protests and appeals of VA’s determinations with respect to businesses’ eligibility for registration in the VA Center for Verification and Evaluation (“CVE”) database as well as VA’s cancellations of such registrations.
Consistent with the 2017 NDAA, the proposed rule expands OHA’s jurisdiction to cover appeals and protests of VA’s CVE database eligibility determinations and establishes procedures for OHA to follow in considering such appeals and protests. Under the proposed rule, procedures for CVE protests and appeals will “mirror SBA’s existing rules” for protests of SDVOSB status. If a business believes that VA has incorrectly found it ineligible for inclusion in the CVE database or that VA wrongfully cancelled its registration, the business may file a CVE appeal to OHA. Appeals must be filed within 10 days of the receipt of the denial or cancellation. In the context of a VA procurement, a disappointed offeror may file a protest challenging the awardee’s eligibility for inclusion in the CVE database within 5 days of learning of the identity of the successful offeror. The contracting officer may also file a protest challenging an awardee’s eligibility for inclusion in the database at any time during the life of a VA contract.
A total of twelve firms and individuals submitted comments, suggesting that there is interest in the proposed new procedures. SBA is required to consider these comments before issuing a final rule.

About the Author: Kathryn Kelley is an associate with PilieroMazza in the Government Contracts and Litigation Groups at our Boulder, Colorado office. She may be reached at kkelley@pilieromazza.com.