Teaming Agreements: Are They Necessary or Not Worth the Effort? 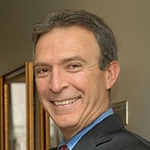