The gTLD Explosion: Changes to Domain Names that All Businesses Should be Aware Of 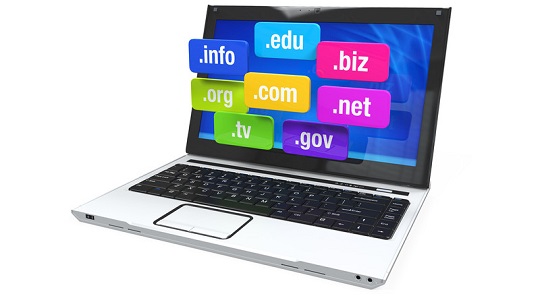 The universe of domain names within the internet is undergoing radical change and businesses need to be aware of how to navigate in this new world. On June 20, 2011, the Internet Corporation for Assigned Names and Numbers (“ICANN”), the international non-profit corporation that oversees the domain name system in the internet, approved the launch of its new generic top-level domains (“gTLD”) program dramatically expanding the existing gTLD system. gTLDs are the extensions (i.e., letters or words) that come to the right of the “dot” in a domain name, otherwise known as a web address or URL. The domain name system had consisted of only 22 different gTLDs such as “.com,” “.gov,” “.org,” and “.net” as some of the most common. The new program exploded the number of gTLDs from the original 22 into the hundreds.

As part of the new gTLD program, ICANN accepted applications for gTLDs from January 2012 through April 2012. The application fee alone was substantial: $185,000 per proposed gTLD. Despite the expense, more than 1,900 applications were filed for about 1,400 new gTLDs. In November 2013, ICANN started the process of releasing new domain names and, to date, more than 300 have been released. Several of the new gTLDs will likely be used for famous trademark registered brands like “.nike,” “.coke,” or “.amazon,” for example. Other gTLDs, however, will likely be more general and utilized for the benefit of a specific community or geographic region (e.g., “.Paris” or “.NYC”), while other domain names will target specific categories (e.g., “.florists” or “.jewelers”).

Even if a company did not apply for a gTLD, all businesses should pay attention to the explosion of new gTLDs as they will revolutionize use of domain names. The new gTLDs are predicted to dramatically alter how consumers interact with the internet and businesses as the new gTLDs will be capable of communicating far more information through a business’s domain name. The change in gTLDs to the right of the “dot” will significantly alter what businesses put to the left of the “dot.”

In addition to marketing and business development issues, the expansion of new gTLDs raises an entirely new set of legal issues relating to trademarks and domain names. Businesses and organizations need to be concerned about whether a newly-applied for gTLD will be similar to a trademark or trade name already owned and registered by a company. Ownership of a federally registered trademark is not the same as registering a domain name through an internet domain registrar such as GoDaddy.com. The expansion in the domain name space raises the concern that cybersquatters will have greater opportunity to use another business’s trademark in a new domain name. One of the several trademark protective measures in the new gTLD program is the creation of a new trademark clearinghouse (“TMCH”), a repository of information of trademarks and their ownership. The benefits of registering in TMCH include notification when another entity registers a matching name that may be infringing, and priority for registering domain names with a particular new gTLD.

As the new gTLDs continue to be released and used in domain names, and other measures such as the TMCH develop, it is important for businesses to be aware of these changes in the internet and consult counsel if concerned about these issues.  And who knows  . . . it may not be that long before we notify you that our domain name has changed to “pilieromazza.dclawfirm.”