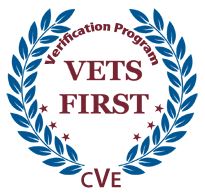 On November 6, the Department of Veterans Affairs (VA) issued a proposed rule amending its regulations governing the VA’s verification program for veteran owned small businesses (VOSBs) and service-disabled veteran owned small businesses (SDVOSBs). 80 Fed. Reg. 68795. The VA proposed both minor, technical changes as well as substantive amendments with the aim of striking a balance between preventing fraud and providing a process that would make it easier for VOSBs and SDVOSBs to become verified.

The most notable change is the VA’s relaxation of the ownership and control requirements.

However, recognizing that the requirements for achieving “unconditional” ownership could be unduly burdensome, the VA has proposed to allow “commercially reasonable” conditions on a veteran’s ownership interest and prohibit only those conditions that create a significant risk of fraud, waste, and abuse. Under the proposed rule, the VA’s Center for Verification and Evaluation (CVE) would analyze whether a condition is prohibited on a case-by-case basis, and if the condition aligns with commercially reasonable business practices, it would not be considered a prohibited condition. In undertaking this analysis, CVE would consider the general use of similar conditions by concerns within the same or similar line of business and whether there is uniform applicability of the condition.

The veteran(s) upon whom eligibility is based must have control over all decisions of the governing body, with the exception of extraordinary business decisions. Extraordinary business decisions include acceptance of new capital contributions, addition of members to an LLC or partnership, amendment of an operating or partnership agreement in a manner that materially alters members’ rights, material amendments to bylaws, issuance of additional shares of capital stock, and the sale or lease of all or substantially all of a concern’s assets.

Though the VA states that the exception is already a part of the VA’s existing program policy, the explicit recognition of the exception for these fundamental acts would provide welcome clarity and serve the VA’s goal of protecting the minority owners of firms, thereby encouraging investment and participation in veteran owned businesses. Ultimately, the changes to the ownership and control requirements reflect a practicality and better understanding of the necessities of running a small business successfully, while still providing the VA with the ability to prevent fraud and abuse in the program.

However, one drawback of the VA’s regulations becoming more lenient in this context exists when comparing the VA’s requirements with the SBA’s strict ownership and control requirements in its own VOSB and SDVOSB programs. In requiring 51% unconditional ownership, as noted in 13 C.F.R. § 125.9, the SBA has no exception for commercially reasonable conditions on a veterans’ ownership interest. In addition, the veteran must have control over all company decisions including the ability to overcome any supermajority voting requirements, as noted in 13 C.F.R. § 125.10, making an entity ineligible for the SBA’s programs even if it only gives minority owners control over fundamental business decisions. This leads to the potential for a company to set up its business in conformity with VA regulations to be eligible for VA contracts, but then find out that it is ineligible for contracts with non-VA agencies under the SBA’s VOSB and SDVOSB programs due to the SBA’s more stringent interpretation of the unconditional ownership and control requirements.

Outside of the amendments to the ownership and control requirements, the VA’s proposed rule includes a number of other important changes.

The proposed rule adds a number of requirements in terms of eligibility for the program, for example, concerns must be registered in SAM and must obtain and keep current all applicable permits, licenses, and state charters required to perform contracts sought by the concern. If a concern fails to satisfy this requirement after becoming verified, CVE would remove the participant from the VetBiz VIP database immediately. Section 74.2(d), providing that concerns and individuals are ineligible if they have unpaid federal obligations, would be expanded to preclude eligibility where unpaid financial obligations to state, district, or territorial governments exist. The good character requirement of section 74.2(b) would expand to require good character of all individuals having an ownership or control interest in a concern. Concerns owned or controlled by a person who is formally accused of a crime involving business integrity would be ineligible for verification, and verified concerns found to be controlled by a person lacking good character would be immediately removed from the VIP database.

The proposed rule clarifies that verification eligibility is a two-year period. The current regulation states that the period is twelve months, though the change to provide a longer two year period of eligibility occurred back in 2012. The rule adds a time limit of 30 days after a change in ownership for submission of a new application in order to remain eligible. In addition, the rule sets a deadline of 30 days for notifying CVE of any changes that would adversely affect the participant’s eligibility. The VA also proposed to extend the waiting period before reapplying for verification from six months to twelve months after denial of an application or issuance of a verified status cancellation.

The U.S. Government Accountability Office recently released a report finding that the VA has made significant improvements to its verification process, in part due to its effort through the proposed rule to inject clarity and practicality into the verification program while still maintaining standards to prevent fraud and abuse.