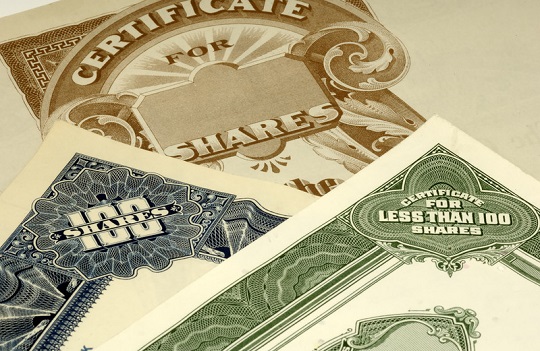 My house, my rules. That was the approach seemingly taken by the Department of Veterans Affairs (“VA”) when it crafted the regulations governing eligibility of Veteran-Owned and Service-Disabled Veteran-Owned Small Businesses (collectively, “VOSBs”) for the Veterans First Contracting Program (the “VA Program”).  The VA appears to have patterned its rules off the Small Business Administration’s (“SBA”) rules for both the 8(a) Business Development Program and the Service-Disabled Veteran-Owned Small Business Concern (“SDVO SBC”) Program (the “SBA Program”), which has created a lot of confusion for veterans participating in both the VA and SBA Programs because there are two sets of similar, but different, rules with which to comply.

In contrast, under the SBA Program, the requirement that the veteran’s ownership be “unconditional” has been interpreted by the SBA’s Office of Hearings and Appeals decision to mean there can be no restrictions on the veteran owner’s right to transfer his or her ownership interest in the SDVO SBC, In other words, the veteran owner must be free to transfer the ownership interest whenever the veteran wants, and to whomever the veteran wants. These are two of the more well-known differences between the two sets of rules—there are more. And one of these other differences that veteran owners may not be aware of is the treatment of Employee Stock Ownership Plans (“ESOPs”) under the SBA Program versus the VA Program.

An ESOP is a retirement-type plan that allows employees to hold ownership in the company for whom they are working. The company contributes shares of stock to the ESOP for the employees’ benefit. The shares of stock are typically held in a trust (the “ESOP Trust”) and vest over time before an employee is entitled to them.

Utilizing an ESOP comes with both benefits and drawbacks. For instance, ESOPs can assist in fostering employee morale and attracting and retaining talented employees because participating employees are likely to have a greater sense of ownership. There are also a variety of tax benefits to the company as well as retiring owners and larger shareholders. Drawbacks of an ESOP include financial costs to the company. In this regard, ESOPs are expensive to set up and, once in place, they are expensive to administer. Also, when it comes to selling a company with an ESOP, the ESOP adds another layer of complexity to the transaction. Yet another drawback: an ESOP can jeopardize your eligibility for participation in both the SBA and VA Programs.

Indeed, under the SBA Program, shares of stock held by an ESOP Trust are always going to be treated as outstanding stock. Further, because an ESOP Trust is as an intervening legal entity between the veteran owner and the shares he or she holds in the ESOP Trust, the veteran’s ownership of those shares is indirect. This means that, under the SBA Program, shares of stock held in an ESOP Trust cannot equate to more than a 49 percent ownership interest in the SDVO SBC. Otherwise, it is not possible for the veteran owner(s) to meet the 51 percent ownership requirement. The same does not necessarily hold true under the VA Program, however.

For the VA Program, stock held in an ESOP Trust will be treated as “excluded stock” provided that five or fewer persons (i.e., individuals, estates, or trusts) own 50 percent or more of the total combined voting power of the company. Thus, if two individuals collectively own 50 shares of a VOSB and an ESOP Trust holds 50 shares, the stock held by the ESOP Trust would be treated as excluded stock, and the veteran would be required to individually own 51 percent or more of the outstanding stock (excluding the ESOP stock) or, in other words, at least 25.5 of the 50 individually-owned shares.

Conversely, if there are six individuals who collectively own 60 shares and the remaining 40 shares are held through the ESOP Trust, the ESOP stock would be treated as outstanding stock. Thus, under that scenario, the veteran would be required to individually own 51 percent or more of the outstanding stock (including the ESOP stock) or, in other words, at least 51 of the total 100 shares—which is always the case under the SBA Program.

Overall, if you are a veteran owner of a small business weighing the pros and cons of implementing an ESOP, you need to consider whether you want to participate (or are currently participating) in the SBA Program or the VA Program, or both, as the different rules could impact your eligibility.